Covid-19: 33 new cases and 4 deaths to be deplored last week in Dutch part 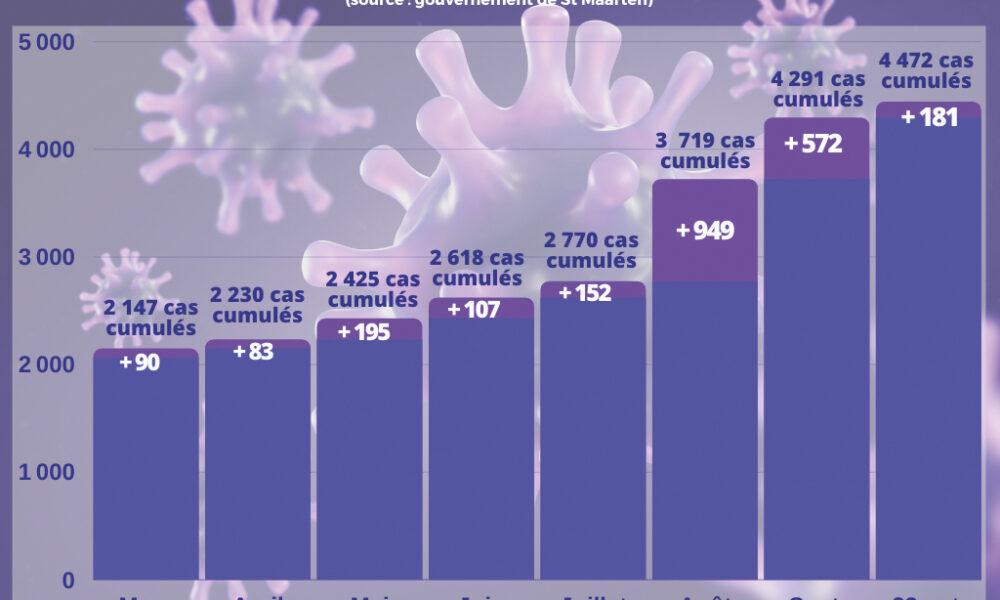 The number of Covid-19 contaminations continues to fall in the Dutch part; authorities confirmed 33 new cases last week compared to 44 and 88 the two weeks before. For the third consecutive week, the weekly number of new cases is less than 100 (or even 50 out of the last two) while for nine weeks between early August and early October, contaminations were greater than 2 or even 100 each week.

On Friday, the total number of people who have been infected since the start of the crisis stands at 4, of which 472 have been declared cured. A patient was taken care of by the Philipsburg hospital center. The number of active cases was 4.

Last week, authorities deplored four new deaths. Since the beginning of the month, 9 people have died from covid-19 in part of the Netherlands, 75 since March 2020.

GUADELOUPE: A plan to combat the circulation of weapons

Due to the large number of homicides, attempted homicides and violent thefts in the archipelago, Prefect Jacques Billant decided to act. Prefecture ...