Sentenced for violence against his partner 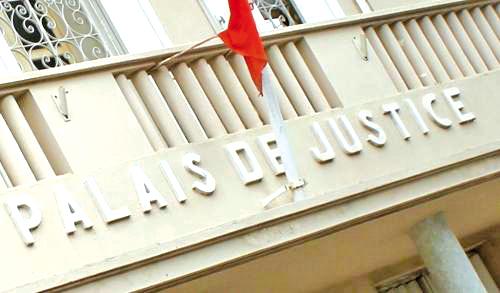 A 49-year-old man appeared last week before the Saint Martin Criminal Court for violence against his partner.

It had been several days since the relationship had been strained within this couple together for three years. In the evening of September 2, she prepares her things to leave. What he doesn't want. He puts it on the ground then pushes it against the door and takes it at the level of the throat. She bites him on the arm and leaves the apartment. She sits on the stairs and phones her sister, who tells the gendarmes. After having deliberated and in accordance with the requisitions of the prosecution, the court imposed a fine fine of 90 days at 5 euros, a total fine of 450 euros. He also received the civil action from the victim but reduced the amount of compensation to 400 euros; the victim asked 10 times more. The 49-year-old man had already been convicted of similar crimes by the same court three years earlier. (More details on www.soualigapost.com)

The cry of alarm from the students of the Collège de Quartier d'Orléans: “Say NO to single-use plastic”!

The students of the college of Quartier d'Orléans have been involved for almost 2 years now in their school and district in order to fight against ...
%d bloggers like this page: