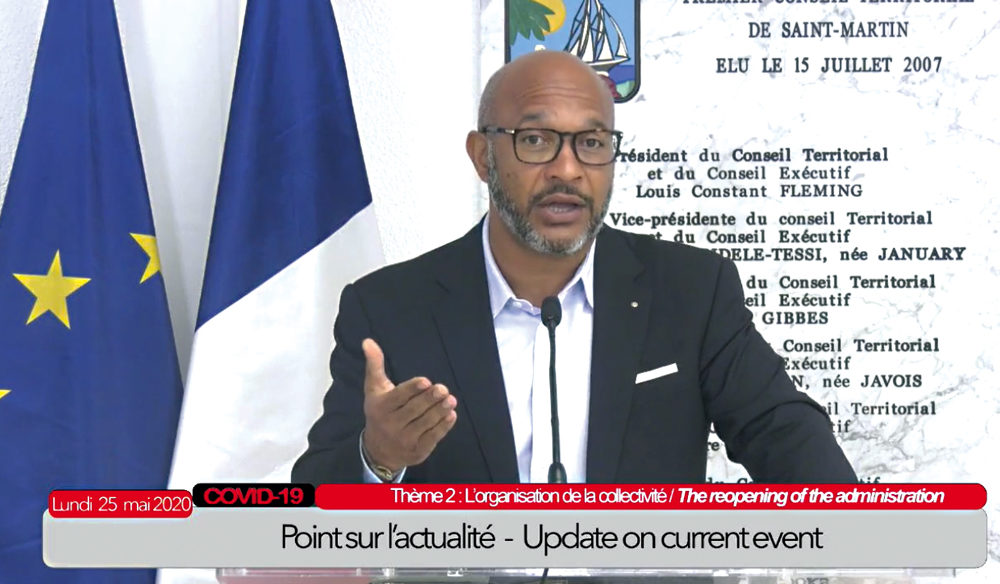 As every Monday, in the presence of the 1st Vice-President, Valérie Damaseau, the President of the Collectivity took part in the journalists' questions and answers game. The subjects covered were numerous.

1) Since Irma, this is the second crisis that Princess Juliana International Airport is going through, with serious consequences for its management. Wouldn't it be wise to think about a shared management of Juliana between the Dutch side and the French side and to ask for a temporary reduction in airport taxes in order to lower the prices of air tickets and thus boost tourism? Is it also possible to do it in Grand Case? 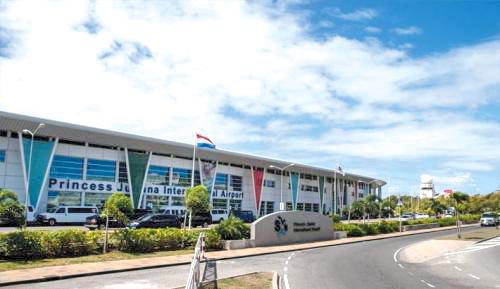 Princess Juliana is the international airport of the island of Saint Martin. It is located on the Dutch side which means that its management, as well as its funding, depend directly on the authorities of Sint Maarten. You can't change history.

Reducing operating revenues in times of crisis could represent a risk for the financial balance of airports. The airport management companies can explain to you in more detail how the airport taxes are fixed, which are generally established according to the operating costs of the airport sites.

Nevertheless, the subject of cooperation concerning this type of structure arises in a legitimate manner, in particular through a joint reflection on post-crisis recovery strategies.

In this area, the air traffic, the reception capacities and the tourism development strategy of the two territories are interdependent. The Saint-Martin Tourist Office is already working on these aspects with Princess Juliana Airport and players in the tourism sector from both parts of the island.

I remind you that we have signed a Protocol with Sint Maarten, which allows us to pool our strategies for promoting tourism internationally. Madame Damaseau, in her capacity as president of the Tourist Office, has already held several meetings in this area of ​​intervention. This joint work is therefore in progress. 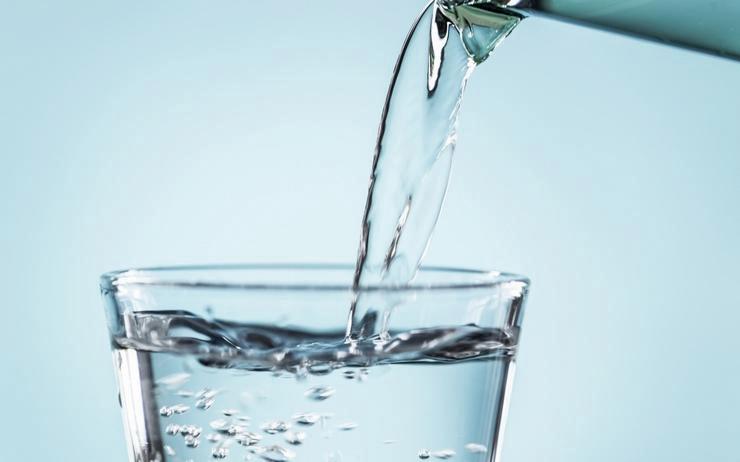 We must always keep in mind, and particularly in a territory without natural water points (or so few) like Saint-Martin, that water is a precious commodity and that it must be preserved.

In this context, we are by definition in permanent just-in-time.

I would like to thank the Etablissement des Eaux which provided us with concrete information to respond to you:

- The increase in needs compared to 2019 has gone from 5300 m3 to 6600 m3 per day today. Since Irma, we have seen a significant increase in the number of consumers, certainly linked to the reconstruction.

- Our factory needs to be renovated. Work has started and will last until the second quarter of 2021. The supply of the production membranes alone requires 6 months to a year of delays. This € 4,5 million contract will make it possible to strengthen the plant's existing resources.

- We also have an extension project necessary to increase production which would make it possible to produce an additional 3000 m3 / day. This project is at the stage of the call for applications, its cost has been estimated at 3 M €.

I would like to take this opportunity to thank the involvement of SAUR, which is constantly dispatching a leakage detection team and 2 intervention teams on network breakages. These teams work mainly at night to disturb users as little as possible.

This balance between production and distribution is indeed tense. It must be said that the networks of pipes are dilapidated which causes repeated leaks.

In our view, this work is a priority and we have entered into a rehabilitation program with the EEASM over the next 3 years. This project was never undertaken by our predecessors. And it is one of the great acts of our mandate.

3) The Community was to receive a PCR screening machine last week. Is this machine already in use? Who will be tested first and what will be the benefit?

The screening machine ordered by the community for the hospital has arrived in Guadeloupe and should be delivered to the territory this week.

The BIOPOLE laboratory received its screening machine and 25 tests.

The materials as well as the tests are delivered at the national level according to the priorities and not the orders made. Thus, even if we have ordered the machines, we do not necessarily have visibility on their delivery date.

Concerning the screenings to be carried out as a priority, this will be the subject of a consultation on the priority public, as for the screening campaign which was made by the hospital in connection with the Red Cross and the district councils to measure the degree of circulation of the virus on the territory, during the last 15 days. Even if only one case has been detected positive, it is necessary to continue collective efforts and maintain barrier gestures.

However, the management and protocol for the use of the equipment ordered by the Community will be the exclusive responsibility of the Hospital and its director, Ms. Lampis.

4) What strategy will be put in place to promote and energize the local economy and regional tourism in the coming months?

Boosting our economy is one of our priorities. On the one hand, we are strengthening the programs that we had already initiated. We indicated earlier, on the 5M €, that the community engaged in direct aid to businesses, part of the fund will be dedicated to investment aid for shops and restaurants, thanks the extension of the “Mon Beau Commerce” system.

We have also worked on economic recovery and the development of public procurement to support our economy.

In addition, we are working with the Tourist Office on actions to revitalize the tourism sector.

Thus, from the beginning of July, the Office should introduce the concept of staycation or how to spend a vacation in the "country".

The aim is to offer direct aid for the recovery of the sector, through the consumption of tourist and leisure offers locally.

In order to respond to this situation while providing significant assistance to local tourism stakeholders, the  tourism  de Saint-Martin has chosen to devote € 500 of its budget to this operation, which will  will be presented in detail in the coming days.

This sum will be directly injected into local businesses through coupons that can be used, under certain conditions, by residents of Saint-Martin wishing to take advantage of a hotel stay, a restaurant meal, an activity of leisure during this time of year. This operation will also allow residents to discover or rediscover the assets of our territory and will encourage them to position themselves as the first tourists to Saint-Martin.

The program is being finalized. Last week, the Tourist Office had a first exchange with entrepreneurs from the various categories of accommodation, catering and leisure activities.

They were very supportive of the principle of this project which  is designed to help them and all the professions around them.

However, many of them wonder about opening their structures during this period or waiting for the next high season. In fact, there are many establishments that really only manage to work with external customers. According to ongoing discussions, the “Staycation” should make it possible to mobilize at least 30% of open establishments.

An awareness campaign will be conducted with the inhabitants of Saint-Martin on the tourist assets available locally. The tourism sector is everyone's business and everyone must be able to benefit from it at their level. We all have a role to play for the tourism economy to survive and recover, and this naturally begins with knowing our assets, natural, cultural, leisure or escape.

The plan will be revealed to you as soon as the discussions with the stakeholders are closed.

In terms of regional tourism, although the context remains uncertain, concerted work is being done between the territories of the Antilles and Guyana but also with our English-speaking neighbors. We share similar issues and challenges.

Many discussions are underway and needs are emerging at several levels, particularly in terms of air protocols.

The tourist office is also maintained with Juliana airport and the neighboring islands it serves. The objective is, firstly, to reconstruct a tourism opportunity between the territories of the region.

With our counterparts in Guadeloupe, Martinique and Guyana, we are working on the procedures put in place in our respective territories in connection with the deconfinement and circulation between our islands. But for the moment we are moving forward according to  announcements  government and its local representations. We hope to see more clearly in the next few weeks, but there is a clear desire to work together.

5) The day charter nautical operators are strongly impacted and for some in danger, because of successive crises. Although this sector falls under 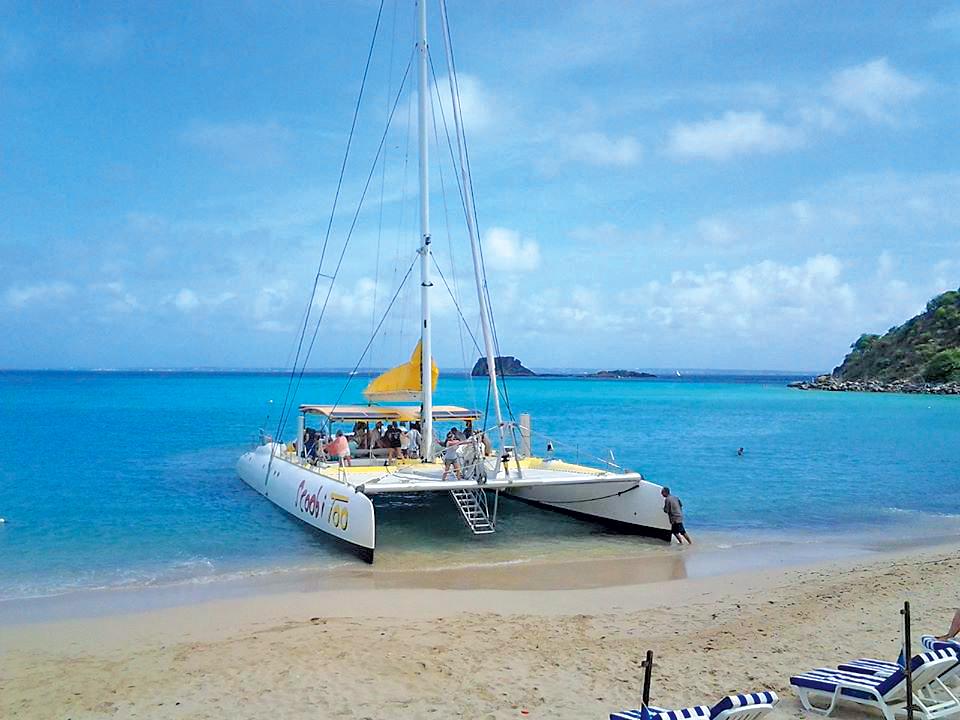 skills of the State's Maritime Affairs, the Collectivity also has its role to play in the context of economic recovery. Can this sector hope for a resumption of their activity within a reasonable time?

We saw, like you, on Friday, May 22, the lifting of the prefectural order which prohibited yachting in the context of the Covid-19 crisis. Now sailing is again allowed within a 3-mile radius around the coast of Saint Martin. Berthing on islets is also authorized. We are obviously fully in favor of this resumption of activity.

Our local businesses, all activities combined, must be able to resume their activities, in a secure sanitary framework and with respect for barrier gestures. After two months at rest, it is now vital for these entrepreneurs, like all the others, to be able to relaunch their professional activity. The economic context is already very difficult, let's not add difficulties to the difficulties.

6) Mr. President, you had to face Irma in anthological conditions and you are more than many other community leaders aware of the risk and the chaos. The cyclone season is here, the Collectivity is working on its preparation, but Saint-Martin still has many private projects which will never be completed before the new season. Are there not measures that the Collectivity could take within its perimeter of competences, in particular at the level of the police force of town planning, so that these building sites break the deadlock for the benefit of their occupants and avoid that do they turn into projectiles in the event of a hurricane?

Each year, at the start of the hurricane season, the local authority sets up a specific communication with regard to those responsible for private construction sites, inviting them to take all the usual precautions and measures to consolidate the materials present on construction sites.

We can only reiterate this warning and ask them to prepare for maximum security of their sites, depending on the progress of their work. In the event of non-compliance with these warnings, the Collectivity may proceed to formal notice to these owners or contractors. Everyone must play their part in the preparation for the hurricane season, everyone must carry out the necessary checks for maximum safety. In the event of a cyclone alert, the Major Risks department and the territorial police travel to the field to raise awareness among site managers or co-owners.

Guadeloupe: a Saint-Martin dog at the top of the poster

Rémy Gester and his dog "Hache" distinguished themselves in the Guadeloupe level 1 championship with a much-deserved victory as a result. The ...
%d bloggers like this page: