Blockages - Looting: The Prefect, Serge Gouteyron and the President of the COM, Daniel Gibbs "condemn with the greatest firmness the atrocities committed in the last twenty-four hours on the territory" 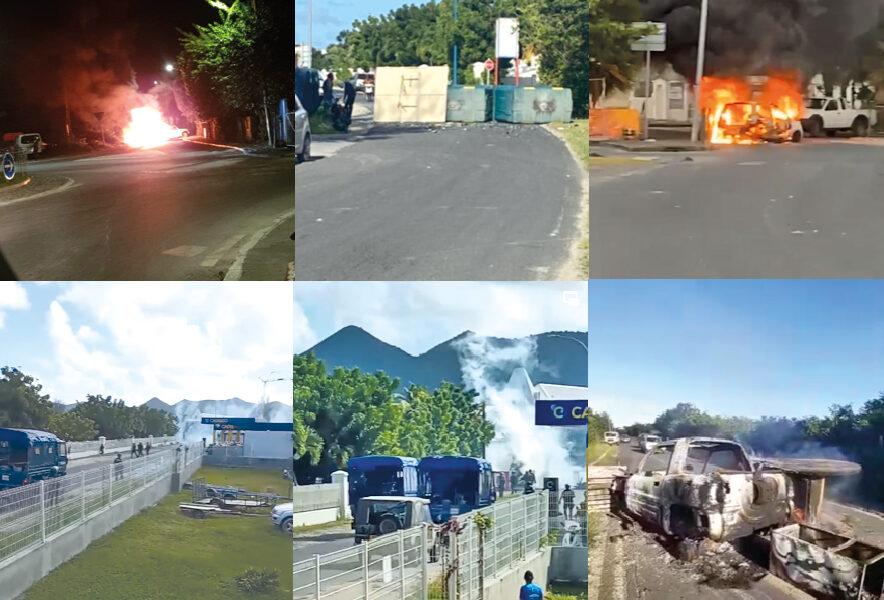 Barricades, fires, thefts, acts of vandalism, mortar fire at the gendarmes, intimidation of motorists ... Saint-Martin, the destination that makes people dream so much and that we nickname the "Friendly Island" has been the scene of particularly violent perpetrators yesterday. Particularly in Nettle Bay and Marigot where several traders have been the target of a handful of individuals with unacceptable behavior.

As a reminder, it's almost the beginning of the high tourist season.

In terms of communication to promote the destination, can do better !

“While the Saint-Martinois aspire to a normal life and social peace, some individuals try in a very localized way, to sow disorder without other demands than those of the law of the street.

After four years of economic, health and social difficulties, the island does not need this, while the State, neighborhood representatives, associations and elected officials have strengthened the dialogue to improve the daily life of the inhabitants, to bring a future for young people and develop the territory.

I solemnly appeal to reason and to everyone's positive reaction. It is high time to move forward ”.

• President from the Collective, Daniel Gibbs:

“I condemn with the greatest firmness the atrocities committed this night and this morning in the territory. How to tolerate that residents are taken hostage and businesses taken to task?

Nothing justifies this switch to violence and intimidation, and even less the taking of a neighborhood hostage by a few.

Saint-Martin has suffered many plagues since the passage of Hurricane Irma in 2017, we have overcome these crises and we are today in a phase of economic and social development which should benefit everyone, with a post-Covid recovery in consolidate and a tourist season that promises to be - at last! - satisfactory. These irrational attitudes therefore come under collective suicide!… Because the evil that is done today, it is the Saint-Martinoises and the Saint-Martinois who undergo it. Why destroy what we took so long to rebuild ?!

We have been able to renew the dialogue with the spokespersons of social movements, with a single goal: to find a favorable outcome and to work, together, to respond to social emergencies which are real and worrying. Concrete actions have thus been announced in recent days, both in terms of vocational training for people looking for work and reintegration, and in terms of financing structuring projects for the territory in order to create jobs locally. The inclusion clause added to public contracts will guarantee this priority to the inhabitants of Saint-Martin. More than 18 hours of integration will be devoted to job seekers just for the three construction projects of the new 000 and 600 colleges and of the Concordia media library, which will inject € 900 million into the economy of Territory.

"Don't shoot ourselves in the foot!" "

I therefore appeal for calm and reason. Let us not fall into gratuitous violence which will inevitably lead to disastrous economic consequences and further aggravate the existing social difficulties. Let us be in the co-construction rather than in the destruction. The priority is to work to find solutions, together. I repeat: let's not shoot ourselves in the foot! Saint-Martin and Saint-Martinois deserve better than chaos.

As for the Government, I appeal to its responsibility, its responsiveness and its ability to listen. A month ago, I made proposals, in particular on compulsory vaccination and on the free choice of vaccines. Unfortunately no answer to date. The State must also take into account the crisis situation of our hospital center by strengthening its material and human resources. An appropriate and respectful health policy must therefore be applied overseas, so as to ease social tensions. And put an end to this worrying crisis of mistrust against the institutions of the Republic ”. _AF

A new study, the most comprehensive to date, confirms the threat of resistant bacteria in the world. They directly led to the death of...
%d bloggers like this page: