VIOLENCE AGAINST WOMEN: Guillaume Arnell challenges the government on the situation in Saint-Martin 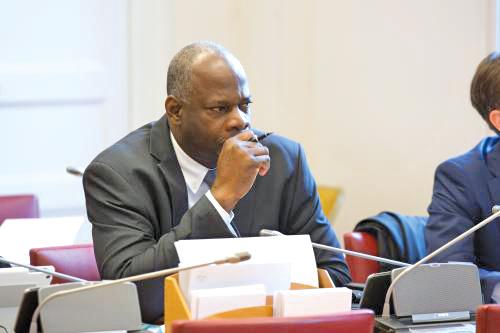 Senator Guillaume Arnell, who is part of the two delegations, participated in the hearing and challenged Marlène Schiappa on the general situation in Saint-Martin. "We would like to obtain the assurance of a written response to the report that we will send you on the worrying situation in Saint-Martin: absence of structures dedicated to women victims of violence, difficulties with the medical community, especially in the hospital, where the consultation is paying, while these women are already in a fragile situation. Finally, a specific envelope should be allocated to the mission of volunteers in Saint-Martin, ”he said.

Besides the absence of structures to receive victims, the COM of Saint-Martin also does not have a so-called regional delegation for women's rights. "There is one in Guadeloupe but which does not cover Saint-Martin," he says.

In addition, Saint-Martin does not have the financial, material and human resources to combat this scourge. "We do not have a specific budget envelope," notes the senator.

Marlène Schiappa did not provide specific answers to Guillaume Arnell. She "proposed to him to agree on a telephone meeting to more specifically address the question of Saint-Martin".

The interview did not take place, the senator told us Thursday before the announcement of the resignation of the government. (soualigapost.com)

The suspect in the Boxing Day shooting has had his pre-trial detention extended for sixty days by the judge...