A daycare for your 4-legged friends 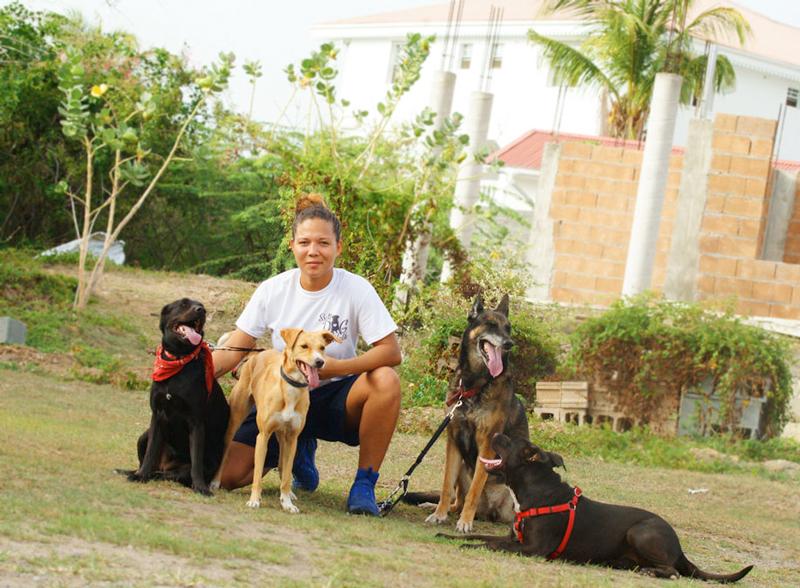 Angèle Pet Sitter is an association which, as its name suggests, keeps your animals during your absence. But it is far from the only thing to know about this original structure and full of projects.

If the Angèle Pet Sitter association is new on paper, its members are not novices. The creator of the structure, Angèle, took the time to explain the operation but also the projects of this very promising new association. Angèle has lived in Saint-Martin for ten years. She lives here, works here and raises her children there. Over time, she got into the habit of coming to the aid of animals crossed by random walks on the island. Accompanied by an entourage as sensitive and devoted as she, the air of nothing, the habits were taken. And then came the idea of ​​making it all formal and becoming a real player in the animal cause. Angèle Pet Sitter was officially born last June. The explanation is partly in the name, Angèle offers to keep your animals during your absences. For the moment, three members of the association are hosting animals in their own homes where spaces have been set up to receive your hairballs under regulatory conditions and even beyond. The idea being to offer maximum comfort during this moment of separation which is very often a real test for an animal. We must make him understand that he is not abandoned and avoid trauma. But this aspect of activity is only the tip of the iceberg. Indeed, thanks to the funds that bring back the “animal sitting”, Angèle and her comrades finance the veterinary costs, sterilizations, vaccinations and other costs of care and adoption of the animals collected. Angèle Pet Sitting has implemented a real business model so as not to always depend on external funds. Clearly, even if donations and public aids can help significantly and are welcome, in the event of withdrawal of these aids, associations find themselves stuck with no means of action. Angèle Pet Sitting simply found a way to demonstrate that you could make money and have heart. There is nothing incompatible there and especially the association demonstrates motivation and real management skills. Today, their reservation book is full until the end of the month. The whole process has only one fundamental vocation, to participate in the management of the animal question in Saint-Martin. Angèle Pet Sitter's team has already organized a walk for and with the doggies and plans to offer another one by the end of the year. And then there are other projects, larger projects which we will not talk about, out of discretion, but we strongly advise you to keep a close eye on this beautiful association. Finally, no need to look for their premises, there is none. Everything happens with the hosting members.

Angèle Pet Sitting rates range from 8th to 14th per night, depending on the size of the animal. The association currently takes care of your pets but does not exclude the care of other animals. To find out more, you can contact them via their Facebook page, https://www.facebook.com/sxmangelepetsitter/ or by phone at 06.90.68.27.02    _NB