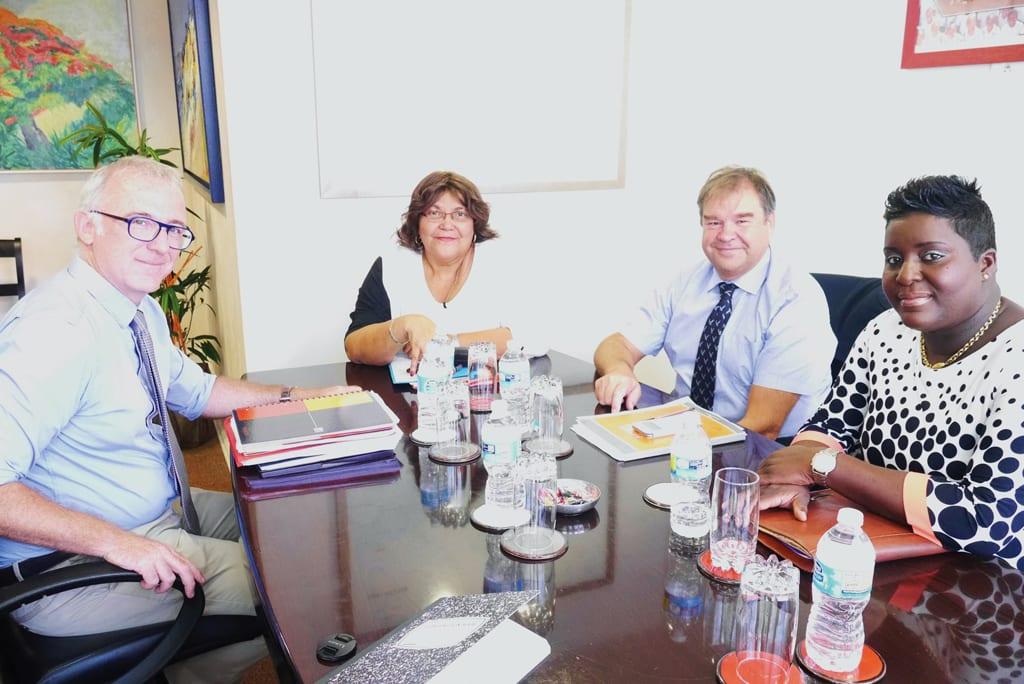 The public prosecutor of the jurisdiction of Basse-Terre Samuel Finielz was received last Thursday by the president of the Community Aline Hanson at the hotel of the Community. The purpose of this meeting was to take stock of the installation on the territory of a Chamber detached from the court, announced the COM.

During this meeting, the prosecutor Finielz informed the president that he had already freed posts at the TGI of Basse-Terre to assign them to Saint-Martin. The COM specifies that the Detached Chamber will be officially created in January 2016, with a start-up scheduled for October 1, 2016. The prosecutor indicated that “Saint-Martin represented a large part of its concerns, with 38% of the activity Criminal Court of the Grande Instance de Basse-Terre (TGI), and fifty cases concerning Saint-Martin judged in immediate appearance each year (fifteen in Saint-Martin itself), and a worrying involvement of minors in criminal cases "

Territorial Council: Many subjects on the agenda!

The Territorial Council will meet in public session on Thursday, March 1, 2018 at 9 a.m., at the Hôtel de la Collectivité. • The agenda ...
%d bloggers like this page: