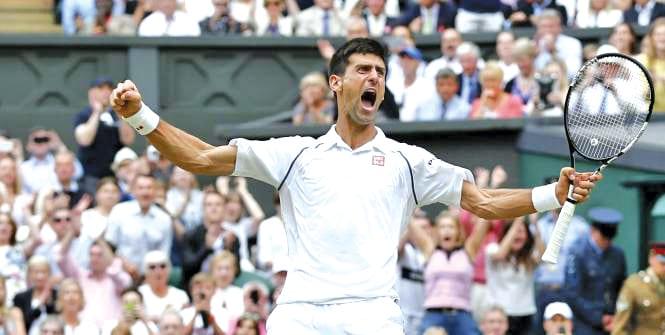 Like last year, Novak Djokovic dominated Roger Federer to win his 3rd title in London (7-6, 6-7, 6-4, 6-3). The Serb, world number one, thus offers his 9th Grand Slam trophy in his career and a special place in the history of the tournament.

Novak Djokovic remains the king of Wimbledon. Even Roger Federer and his seven titles right here couldn't dispute it. The Serbian kept his crown at the expense of Switzerland at the end of a final punctuated in four sets and 2h50 of play, Sunday in London (7-6, 6-7, 6-4, 6-3). The world number one thus offers a third title on the lawn of the All England Club, like his coach Boris Becker, among others. And also his ninth Grand Slam title, leaving behind legends like Agassi, Lendl and Connors. After his failure at Roland Garros, it was the best answer to expect from the current boss of the circuit. _AF

The tragic accident happened last Wednesday, around 18 p.m., near the airport runway at Maho, on Beacon Hill road. ...