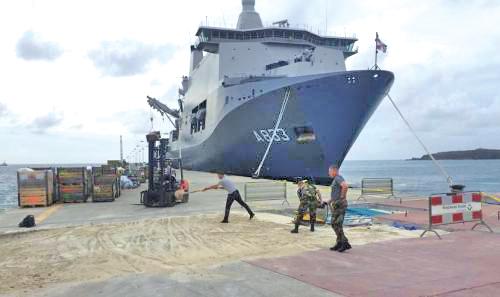 After the passage of Irma the Netherlands sent emergency aid to Sint Maarten by air and sea.

The Interior Ministry says that about one million liters of water have been distributed. 43 rotations of military aircraft were carried out between Curaçao and Sint Maarten and enabled the evacuation of 1 people. This figure does not take into account people evacuated by American companies and KLM. 804 tonnes of materials and food were transported by air. With the aid provided by boat, a total of 550 tonnes were transported. Emergency aid of 2 million euros will be released for Sint-Maarten, Saba and St Eustache, the Interior Ministry announced last week.

The Dutch Caribbean Nature Alliance (DCNA) announced last week that researchers will soon be studying the life cycle and growth of large sharks ...