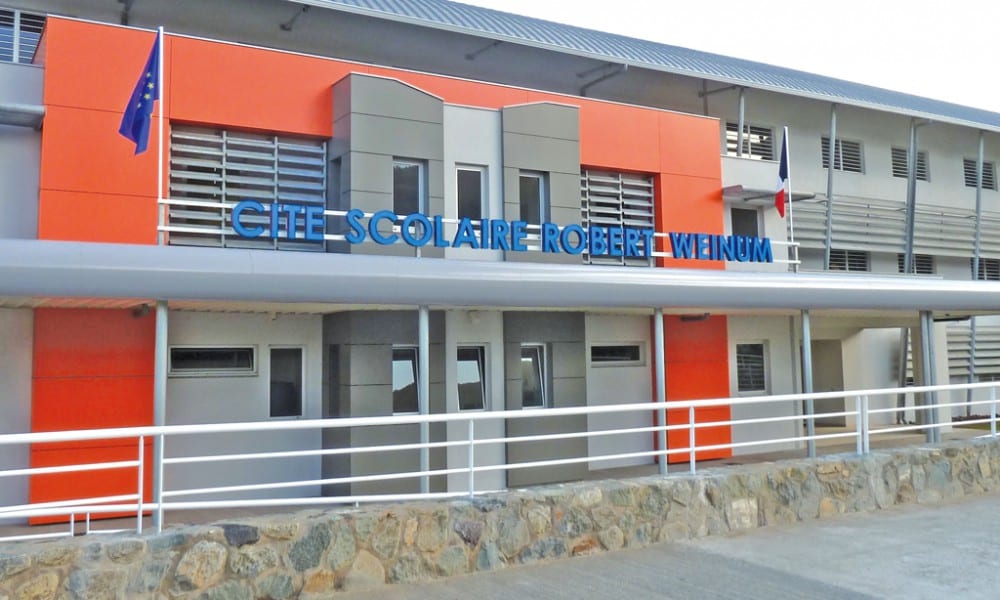 Despite the damage caused by Irma, the school city of La Savane which served as a shelter for disaster victims during the passage of the hurricane but also the days which followed, was able to welcome the pupils who were enrolled there on November 6, 2017. , to which were added those of the Soualiga college of Cul de Sac, which had become irreparable.

Sharing the premises was a real headache throughout the school year for the entire community.

The Community quickly understood the challenge of initiating emergency work so that the establishment covered all of its classes. Major repair work on the partitions and false ceilings was undertaken in March, so that the classes that were inaccessible could accommodate the students again. A successful bet, since at the end of the Easter holidays, all the rooms were again usable. However, this educational establishment had to absorb the enrollment of Soualiga College (approximately 600 additional students). The premises are not expandable, the schedules of these two establishments combined into one, were the subject of juggling throughout the year. A budget of nearly 800 euros (out of the 000 million committed for the reconstruction of the 9.5 schools) is devoted to the rehabilitation of the secondary school, including 18 euros for the roof of the buildings whose completion is scheduled for Christmas holidays 650. The fence repair work, for an amount of 000 euros, was completed last April. Before the start of the new school year next September, it is planned to install 2018 prefabricated rooms, including 50 funded by the Fondation de France. These 000 additional classrooms will be more particularly dedicated to middle school students. Regarding the sports facilities of the school establishment, major roof repair works are planned.

In total, the Collectivity has planned a budget of 9,5 million euros for the rehabilitation of 18 public schools with the absolute priority, the return of schoolchildren on the school benches in optimal conditions at the start of the new school year in September. 2 million euros have already been paid to companies that carried out emergency repairs that enabled the children to return to school on November 6, 2017.

FOOTBALL / Gold Cup: An unprecedented final between Jamaica and the United States!

With a liberating goal, Jamaica created the surprise by eliminating Mexico, title holder, Sunday in the semifinals of the Gold Cup. ...
%d bloggers like this page: