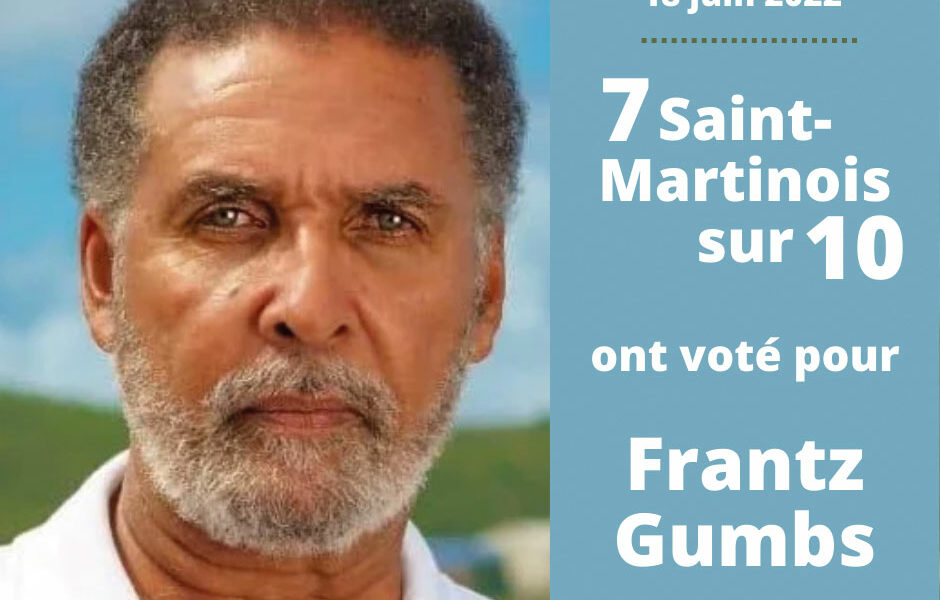 More than 7 out of 10 voters in Saint-Martin voted for Frantz Gumbs in the second round of the legislative elections. The candidate supported by the presidential majority and the local territorial majority won 3461 votes out of the 4985 cast in Saint-Martin. That is 2,4 times more than Daniel Gibbs who obtained 1434 votes.

This is the highest result achieved by a candidate in the second round of the legislative elections in Saint-Martin.

The law prohibiting the accumulation of mandates, Frantz Gumbs will have to choose between this new mandate and that of vice president of the Collectivity. If he chooses the mandate of deputy, he will have to resign from the vice presidency and consequently from the executive council of which he is also a member. The local elected officials will have to the next territorial council to elect the one who will succeed him. Frantz Gumbs will however remain a territorial adviser. (soualigapost.com)