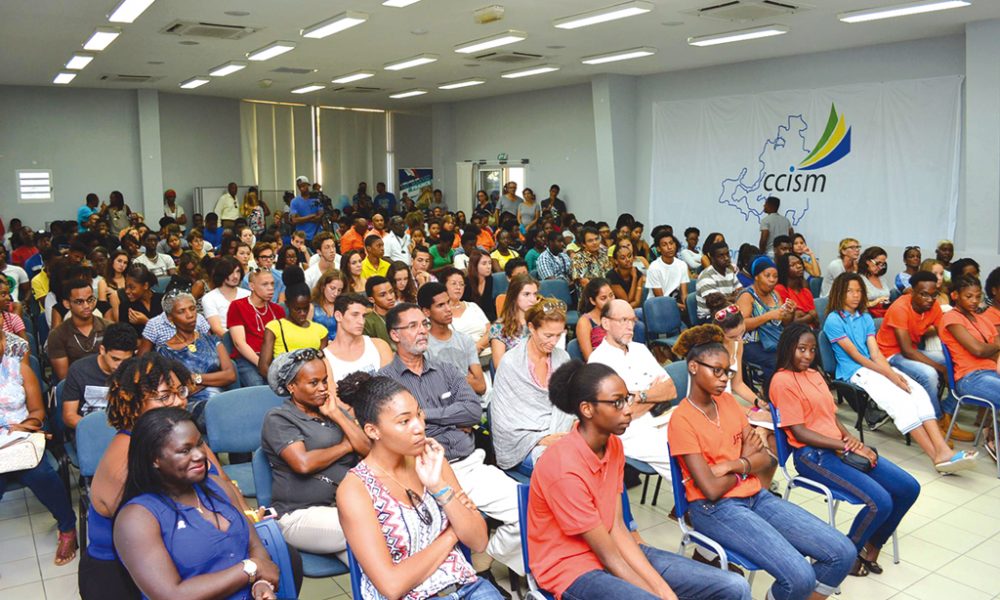 In January 2015, Jemi van Dijk, doctoral student in Physics, had lunch in Paris with his friend from the LPO, Cécile de Caunes, the first student from Saint-Martin to enter Sciences Po Paris. Joined by Maria Yousfi, they decided to create an association of former students from the North Islands. Their goal ? Promote higher education, create strong, sincere and ongoing links between high school students from Saint-Martin and alumni, and above all, set up real solidarity networks within the Saint-Martin community abroad. “Mutual aid is at the heart of our approach. It is not financial but based solely on solidarity and fraternity ”specify Cécile de Caunes who has become a lawyer and Jemi van Dijk, hydraulic engineer in drinking water and sanitation, associate professor of Physics and Chemistry.

Since its creation, the association has focused on a flagship event, organized each year (except in 2017) in December, for the attention of high school students. The next Project SXM will take place on December 22 at the CCISM at 14 p.m. The event consists of a meeting between alumni and high school students, at a decisive moment in the year: a few weeks before the high school students have to make their choices for further studies. A meeting that had already gathered more than 400 people in 2015 and during which the high school students could not get over the path traveled by their elders. While waiting to be able to multiply face-to-face meetings, the association, which today brings together 120 former students, uses video. Since 2015, alumni have been invited to film themselves with their webcam to explain their journey. Everyone confides their difficulties and their successes. It is also a question of de-dramatizing failures, whether financial, academic or social. They are part of learning.

This year, to promote the next event, Cécile and Jemi are going to interview high school students from mainland France. “We try to reverse the situation and we ask them where they would go if they had to go and study in the Caribbean because there would be no university at home. Says Cécile de Caunes.

In parallel with the production of these new videos, the association geolocated on Google Maps the alumni of Saint-Martin and Saint-Barthélemy who agreed to share their contact details with the high school students. Here, everyone chooses their sponsor. The association invites all high school students to participate in Project SXM on December 22, and former students from Saint-Martin and Saint-Barthélemy to come and share their experience.

Football: Six young people from Saint-Martin selected for a detection course in Guadeloupe

Six players, category U13, were selected by the Football League of Saint-Martin and the Technical Advisor of the French Football Federation, Gilles ...