The sectors where Team Gibbs mobilized the most 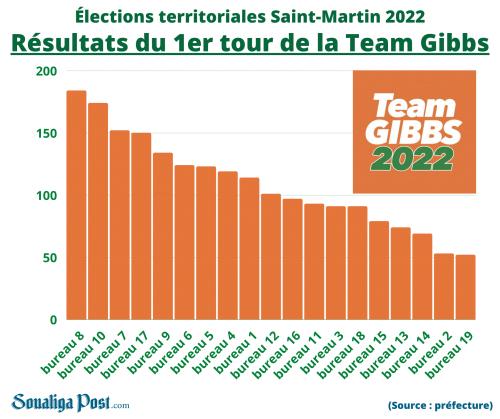 Team Gibbs came second after the first round with 1% of the votes cast or 24,7 votes. She collected more than 2 votes in 074 out of 100 offices.

Conversely, it was in offices 13 and 19 covering part of Quartier d'Orléans and Oyster Pond that the Team mobilized the least (13,7% of the votes cast - 126 votes).

Compared to 2017, Team Gibbs is behind by some 2 votes on its first-round result. It is in offices 000 (Sandy Ground-Baie Nettlé-Terres Basses) and 6 (Grand Case) that she recorded the biggest delays (-11 and – 190 votes).

In no polling station did the list record a better result than five years ago. (soualigapost.com)

LOCAL CHARITABLE CRAFTS // SXM St Martin Gems: the art of sublimating fragments of glass washed up by the sea

These small fragments of glass washed up by the sea that can be found on several beaches in Saint-Martin have the particularity of having been naturally polished by ...
%d bloggers like this page: