The new Galion: place for consultation 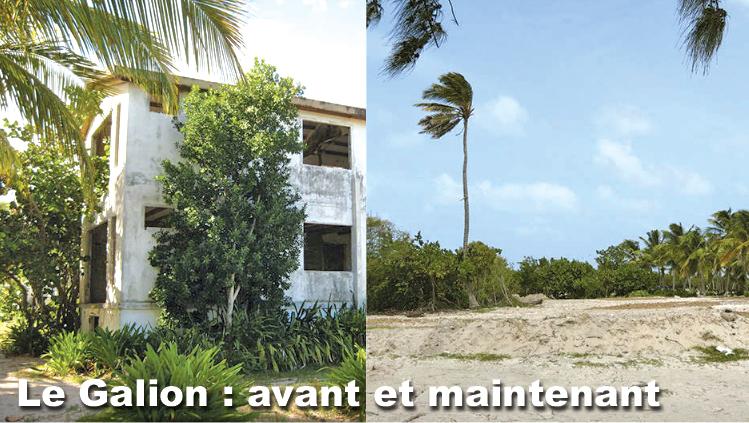 On Galion beach, the old hotel is no longer: the ruins have finally been destroyed, as part of the protection and development project for this site carried by the Coastal Conservatory and the Collectivity. The Nature Reserve provides answers to the “light” redevelopment of the site in its latest online newspaper: the second phase is to ask the opinion of the population and young people before defining the new achievements. “A first meeting took place with the Orléans Neighborhood Council and it was decided to set up a small think tank. At the same time, in consultation with the rectorate, a participatory project will concern two classes in the Quartier d'Orléans, which will be able to make their own development proposals. ” As a reminder, the acquisition of the AW 16 plot by the Coastal Conservatory has become final by court decision. This public establishment is the owner by an expropriation order dated December 10, 2007 from the TGI of Basse-Terre. _EH

Alcohol is wreaking havoc, and remains one of the leading causes of hospitalization in France, according to a recent study. Hospitalizations cost 2,64 billion euros ...