Launch of the “Union for Democracy” application 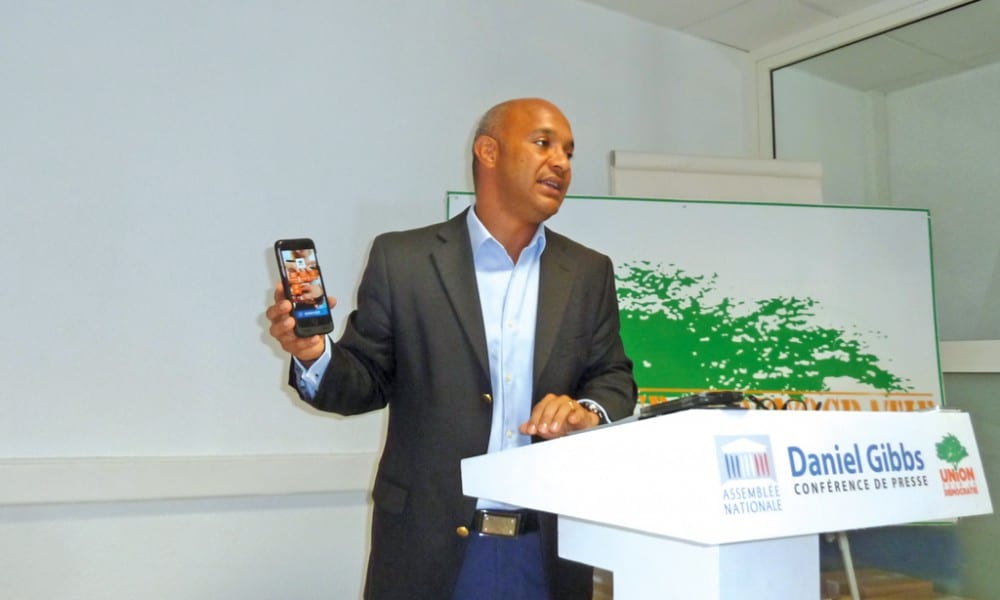 Earlier this week, Daniel Gibbs presented to the press the new free application of his Union for Democracy (UD) party for tablets and smartphones. The opportunity for the deputy and leader of the opposition to provide an update on the news.

"This is a significant technological advance for the Union for Democracy, in preparation for a long time, according to Daniel Gibbs. We want to be even closer to the population by allowing them to intervene in the debate and also to become active players in our work. ” A special tab will be dedicated to surveys and will complete the "Agenda", "News" and "Map" sections of this app offered in French and English, compatible with iOS (iPhone) and Android. Downloadable from the Apple Store, users will also be able to make donations.

In the context of the deckchairs in Grand-Case, Daniel Gibbs recalls that "there are laws that exist". The real question that should have been asked in the executive council is the following: "Do we accept yes or no such deliberation which proposes an AOT". The DU finally abstained on this deliberation, "because it had no place to be". The regulations regarding the occupation of the public domain are supposed to be respected on the territory.

Daniel Gibbs also returned to the Paris attacks: "I fully associate myself with the tribute that was paid last Friday by the President of the Republic, everyone must take the time to grieve. Let us not forget that we must move forward and take the necessary measures to combat these barbarities which constitute a real crime against humanity. ”

This Tuesday March 10 is a special moment in the festive calendar of the Grand Case Tuesdays. Indeed, faithful to its commitment to offer each ...