Justice: 25 officials for the seconded chamber 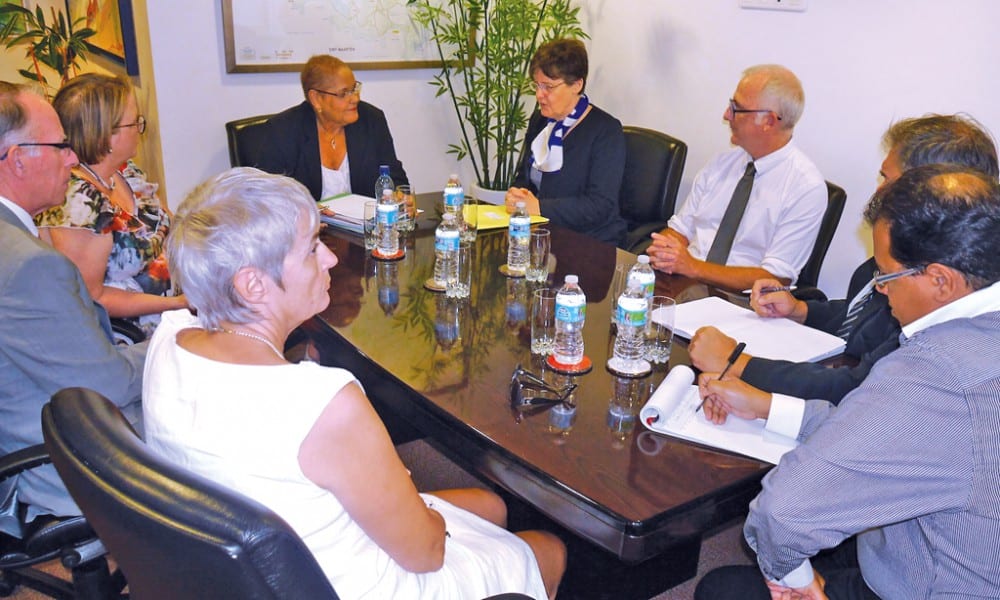 The president Aline Hanson received last Thursday Marielle Thuau, the director of judicial services at the Ministry of Justice, accompanied in particular by the prosecutor Samuel Finielz. The opportunity for the president to discuss with Ms. Thuau the clauses relating to the installation of the detached chamber of the Basse-Terre court in Saint-Martin, scheduled for the first quarter of 2017.

The library will accommodate 25 officials from the seconded chamber, including 9 new agents, 5 new magistrates, an investigating judge and a proximity judge, according to the Collectivity, specifying that the children's judge will remain attached to Basse-Terre, but will be present in permanent delegation. In addition, by deliberation of the Executive Council (of January 19), an exchange of land was carried out with the Ministry of Justice: “Thus, the Collectivity will cede the old municipal library in exchange for the gendarmerie buildings in Concordia. "

Each year, on the evening of December 31, many fireworks are fired in Saint-Martin. If they delight spectators, we cannot ...