The Territorial Council, on July 15, 2021, approved a deliberation modifying the conditions for leaving the port enclosure for vehicles imported into the territory of Saint-Martin. This regulation comes into effect this month. We invite the population to take note of the new conditions.

The Collectivity of Saint-Martin sets the conditions for the registration of vehicles on its territory, on the basis of deliberation CT27-1-2010. The institution has decided to make adjustments to the initial text in order to clarify the provisions in force and improve the service to citizens. 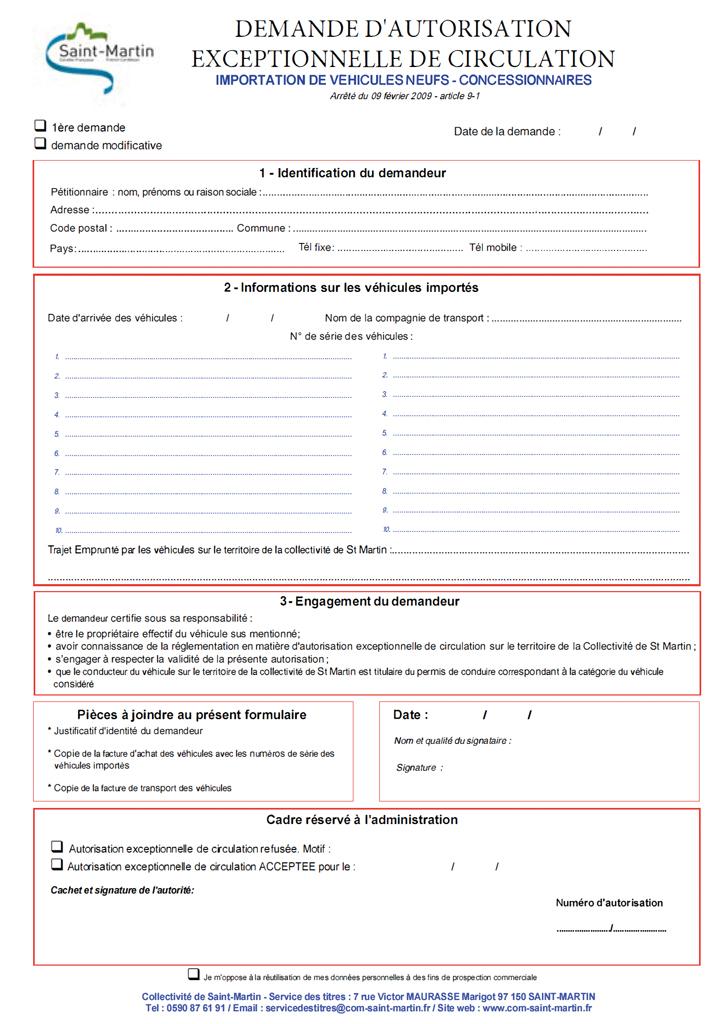 However, there are 2 exceptions for which new forms must be completed:

Regarding the specific case of new vehicles imported into the territory by automobile dealers with a view to their sale in concession, they may only circulate on the territory of the Collectivity of Saint-Martin under cover of an exceptional authorization. of the President of the territorial council.

To obtain prior validation and allow the vehicle to leave the port enclosure, the forms must be submitted to the Collectivity's Titles service.

By mail to the address: servicedestitres@com-saint-martin.fr

Service des Titres - annex of the Collectivity - Rue Victor Maurasse in Marigot - Open to the public from 8 a.m. to 15 p.m.