Fake News: A fake map is circulating on social networks concerning areas of deconfinement. However, this is FAKE NEWS! 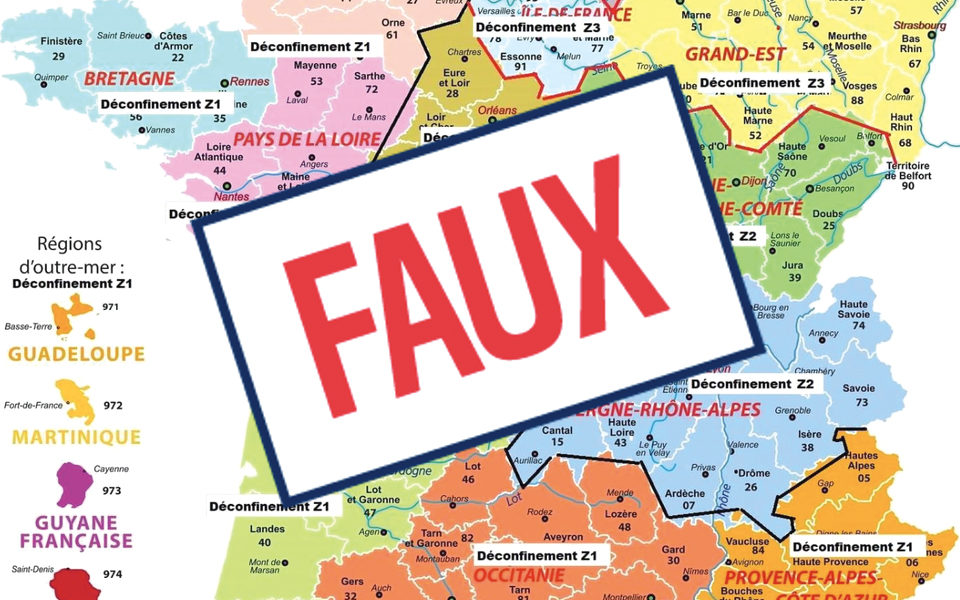 On this famous map, we see France divided into three zones, and each would correspond to a date of release from confinement, including for the overseas regions. Bullshit !

Several very official logos appear on this map. But just show that it is false. First, this card is believed to have been issued by Drac Hauts-de-France. Drac, for Regional Directorate of Cultural Affairs, which has little to do with the Covid-19 epidemic. Second, alongside the logos of the Ministry of the Interior and Health, there is that of… Defense. However, it has been replaced by the Ministry of the Armed Forces since 2017. No official document has therefore been signed by the Defense since that date.

Following a road accident, a utility pole was damaged resulting in a blackout in the Sandy Ground area. The bridge ...
%d bloggers like this page: