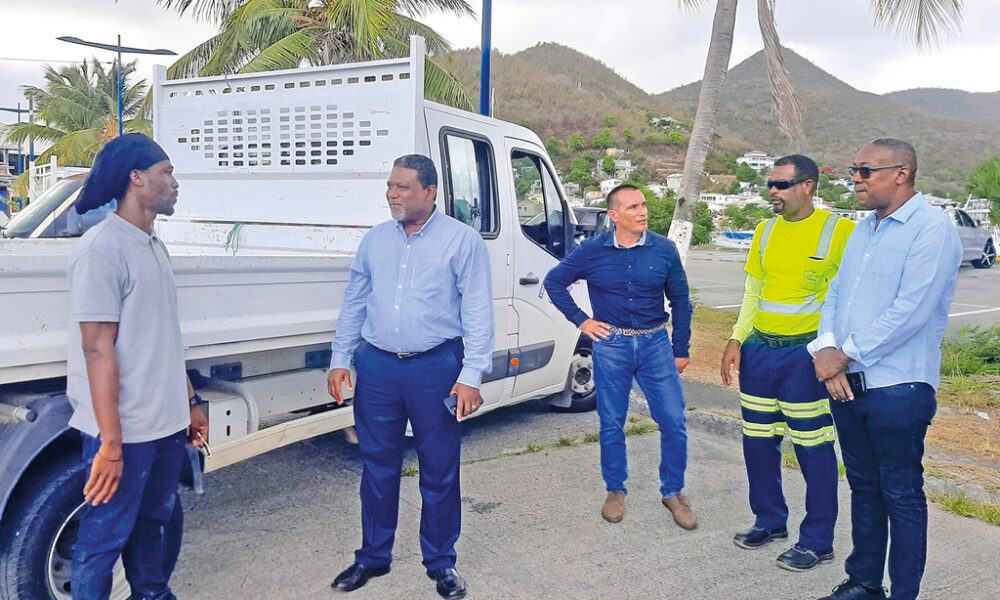 Tuesday morning, the young people hired by the integration company "Everything is green", cleaned around the building which before Irma housed the tourist office in Marigot. Then they will intervene in other public spaces as well as along the roads to the Cul-de-Sac roundabout. Their mission is the cleaning of green spaces. It is part of a contract with the Collectivity.

Several months ago, the COM launched a public procurement procedure for the cleaning and maintenance of green spaces, the cemetery, the beaches and the market in Marigot. Only integration enterprises could respond.

For the green space lot, the company headed by Wilnick Desormaux won the contract. For four years, from Monday to Friday, its young recruits from all parts of the island will be in the field. Today there are eight of them and Wilnick Desormaux is thinking of recruiting a dozen more in the coming weeks. The maximum amount of this benefit, which began last week, cannot exceed 400 euros per year; the company will pay as the services are performed and invoiced.

Recourse to integration is “a political choice”. It had been that of the former mandate and it is confirmed and reinforced by the new team in place. "These are young people who are given the opportunity to work, to have a job, to integrate professionally and to fully assume their role as citizens, even fathers, by providing for the expenses of their household", comments the vice-president Alain Richardson in charge of the economic pole, who went Tuesday morning to greet and encourage the young people. (soualigapost.com)

Last week the government launched a new telephone number for people who were victims of sexual violence as children. ...