Elections to the CCISM: Angèle Dormoy is head of the list 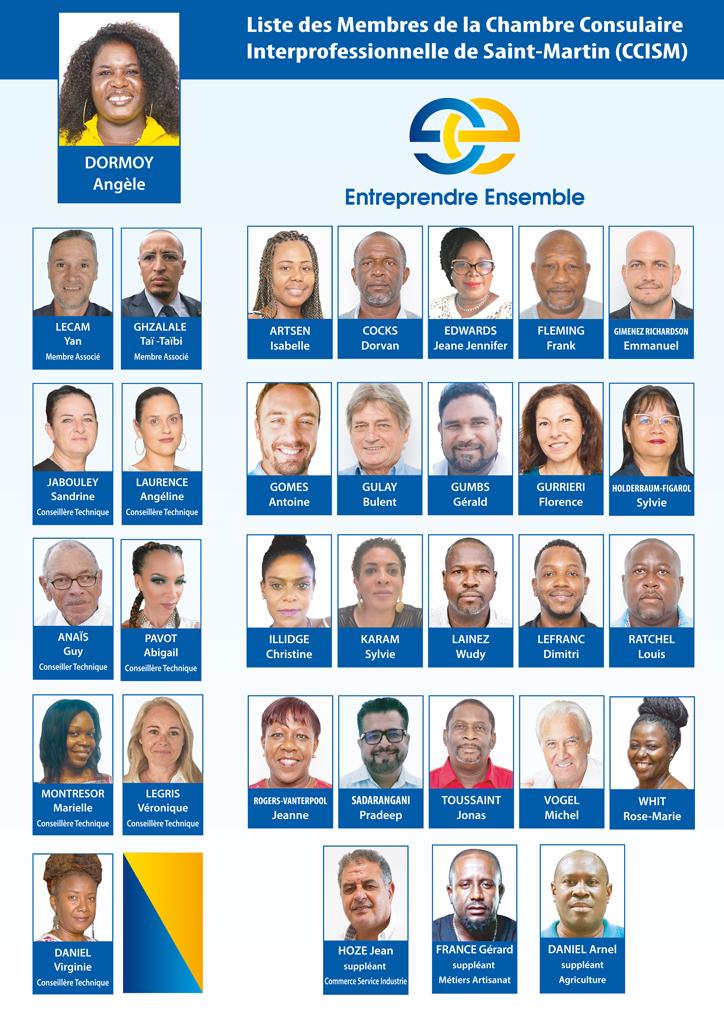 The campaign officially started yesterday for Entreprendre Ensemble, the list led by Angèle Dormoy for the elections of the Interprofessional Consular Chamber of Saint-Martin (CCISM). Filed last week in the prefecture, the list has been checked and validated by the state services. "The notification reached us Monday at noon", announced Angèle Dormoy the day before yesterday at the end of the afternoon during a press conference.

After long hesitations and reflections, Angèle Dormoy, accepted to run for a new mandate. “I felt like I hadn't finished what I wanted to do,” she says. The outgoing president explains in particular that she regrets not having been able, had the time to train more young entrepreneurs, to motivate more young entrepreneurs "to pass the torch".

Solicited and joined by socio-professionals who believe that she "has done a good job as president", Angèle Dormoy has therefore formed a new team.

Together, they have set themselves the ambition of "transforming the CCISM into the CCI of tomorrow by encouraging business leaders to digitize, to train business leaders". Angèle Dormoy confides that she would also like to be able to create a label to showcase local products.

The elections will take place on November 4; more than 8 leaders will be invited to vote. In the last election, some 000 attended. To date, only one list has been submitted to the prefecture.

A large gendarmerie operation took place yesterday morning in the Sandy-Ground sector. Two individuals, suspected of being the authors of several robberies were ...
%d bloggers like this page: