This Saturday, July 30 from 9 a.m. to 14 p.m. took place the eighth edition of the Successful Departure, an operation that helps future Saint-Martin students prepare for their return to school. The queues in front of certain stands installed at the CCISM were created from the start of the event.

This initiative, created in 2014 and organized at the time by the Youth and Sport department in partnership with the Pelicarus association, had been on hiatus for two years.

Louis Mussington, president of the Collectivity, was particularly keen to put it back in place since the Successful Departure is part of a global approach by the Collectivity of Saint-Martin in favor of student mobility, aid which has moreover been doubled this year by the executive council. “The president really wanted to relaunch the Successful Departure, young people need this support and this help. Supported by the firm and led by students on internships, this edition not only offers advice on housing, banks, Crous-type scholarships [Centre Régional des Oeuvres Universitaires et Scolaires de Paris, which is the public service for student life] but also exchanges with students already settled in university towns so that graduates can hear their experience of student life and ask them questions. explains Junisa Gumbs, in charge of the Future Executives Programme. A dozen stands focusing on practical life, mobility aids (scholarships), access to health, access to transport, housing, catering and leisure, were set up in the main room of the CCISM of Concordia with, among others, DES / Logement, Parcoursup, Mission Locale, Bred, Crédit Mutuel, Community stock exchange service. The other tables were reserved for meetings with the fifteen or so students now settled in France, Martinique, Guadeloupe or even Canada. This eighth edition of the Successful Departure was developed by several young people including Zoé Jenkins, head of the Successful Departure 2022 operation and who is in a master's degree in criminology, Mélissa Lake in the middle of a BTS course in management, Kristy Jermin in the course of a master's degree in public administration, without forgetting Lexhann Meurillon who is following a master 1 in environmental law.

After the introductory speech by Dominique Louisy, 3rd vice-president of the Collectivité, who encouraged the future students present to remain motivated despite the distance and to consult the other young people already studying, the public continued their quest for information. . For scholarship applicants, Junisa Gumbs recalls that the Collectivity has, since 2011, a partnership through the interministerial delegation for equal opportunities for ultramarines in France on which they have a certain priority in terms of Crous requests. In the event of a scholarship refusal, a referent is available to applicants to support them and resolve the situation. _Vx 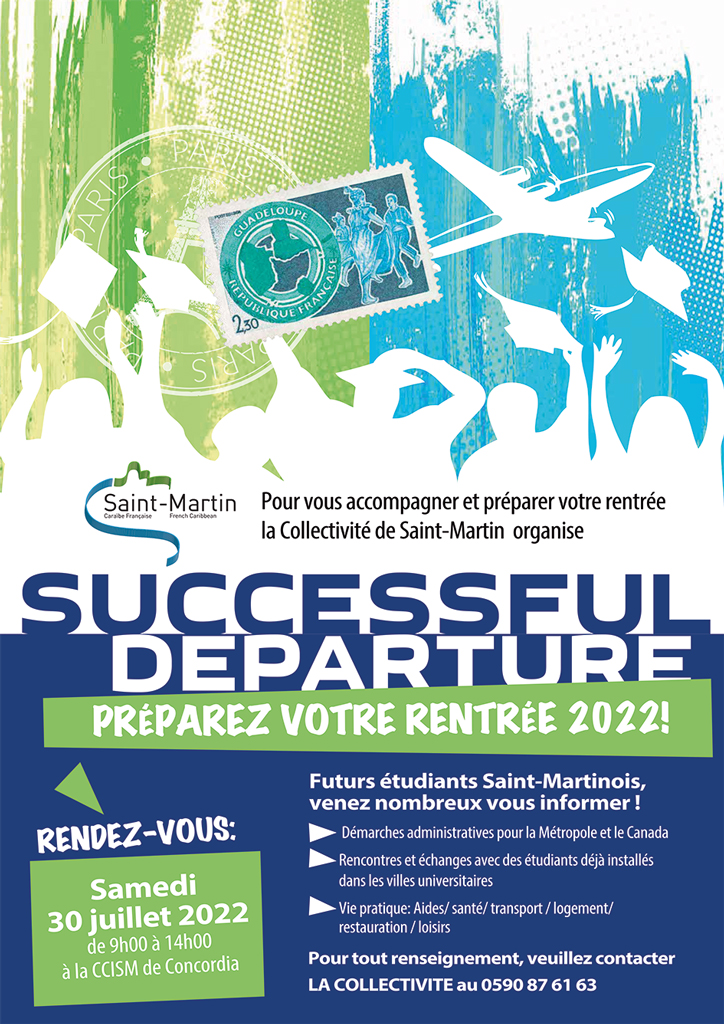 A jewelry store in a prestigious hotel in Saint-Martin!

Fast and incredibly effective. This was the operating mode of an armed robbery that occurred yesterday, around 11 a.m., in a jewelry store located in ...