EDUCATION: 7% of students are in bilingual class in St-Martin 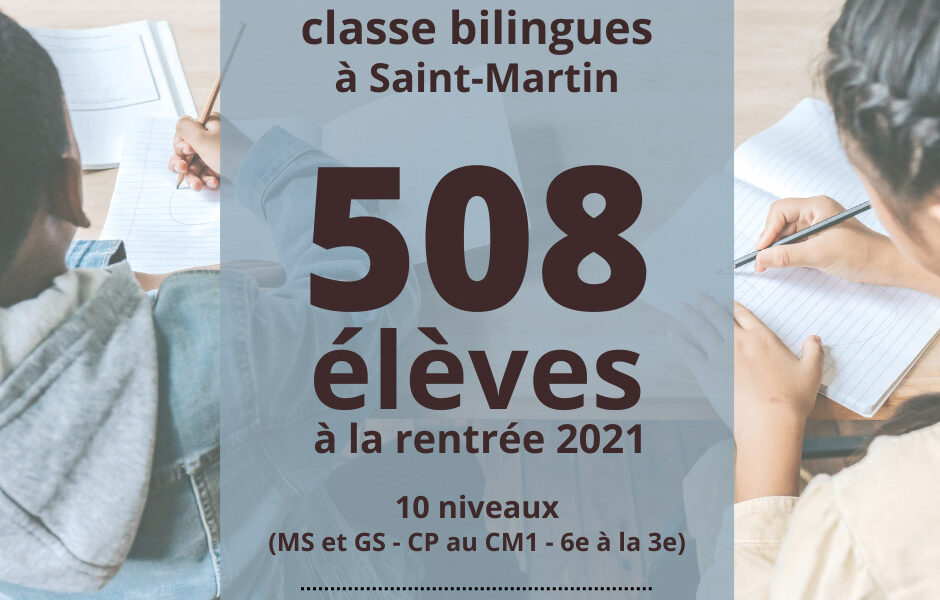 Five and a half years ago, the bilingual class system was introduced in schools in Saint-Martin. Today nearly 7,1% of all school enrollments at all levels benefit from it, according to the recently updated National Education dashboard. It is offered from the middle section in kindergarten to third.

Its implementation was gradual. At the start of the 2016-2017 school year, only the middle sections of kindergarten benefited from it. In total in Saint-Martin today, 508 students are in bilingual classes from the middle section to CM1 and from 6th to 3rd: 143 in kindergarten, 278 in elementary and 87 in middle school. 11,5% of kindergarten students are in bilingual classes, 12% in elementary and 4,6% in middle school. Overall, the system benefits 9,34% of pupils enrolled in the levels concerned.

“At the start of the 2022 school year, the bilingual classes will cover all levels of the first degree, from the middle section to CM2 and will concern around 620 pupils from the establishments of Saint-Martin and Saint-Barthélemy, i.e. nearly one in five pupils in the sector. audience. The total workforce (first and second degree) should then be around 800 students” against 732 today, indicates the National Education Service. (soualigapost.com)

CTOS agents strike: parents of students are at the end of their tether!

More than a third of the approximately 250 CTOS agents have been on strike since January 30. If the impact is uneven across ...