Like the previous weeks, in the presence of the 1st Vice-President, Valérie Damaseau, the President of the Community, Daniel Gibbs took part in the game of questions and answers with the journalists, during the weekly news item, made on Thursday June 25 by Facebook Live.

1) New wild dumps are visible and are gaining momentum. What measures are planned by the Collectivity to stem these phenomena? More generally, what is the policy of the Collectivity for the beautification of its territory? 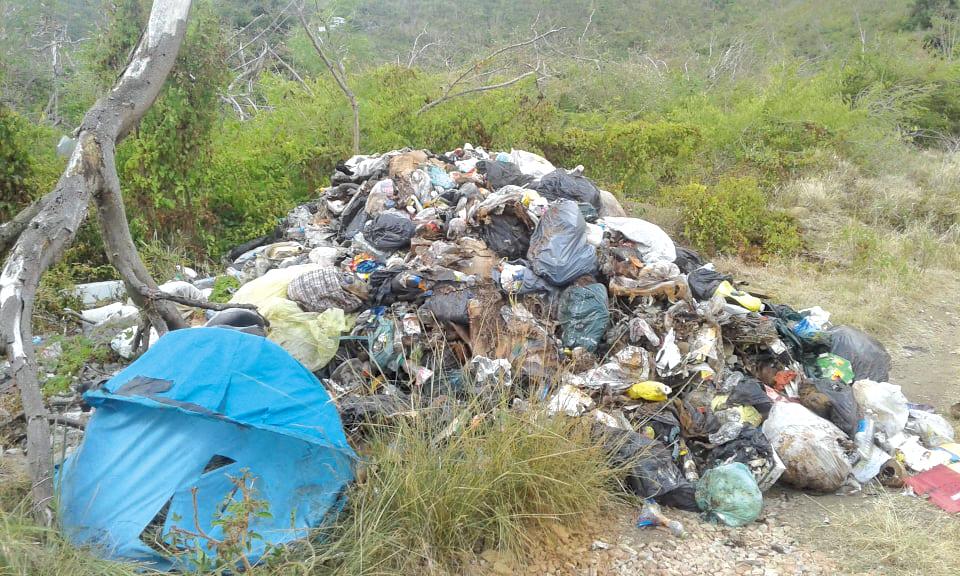 This is a very worrying problem, because there are, on the one hand, citizens who have no respect for the environment and who pollute without qualms, and there is also a problem of waste treatment from more and more, that the community must solve.

Each inhabitant of this island must understand that he must protect his immediate environment and change his behavior if he is disrespectful. For this, the community launched an awareness-raising operation in the neighborhoods which started on June 24. Young people from civic services meet locals to make them aware of good practices.

This operation has just started under the aegis of the Solidarity and Families Pole, at Sandy Ground. It takes place in three phases:

- Awareness of good actions for the environment

- Embellishment through a planting campaign.

I invite you to welcome our young ambassadors, who I say, have been trained by our Major Risk Unit to send the right message.

The Collectivity of Saint-Martin is one of the only French communities to collect household waste 7 days a week, bulky waste 7 days a week (except Sunday), and green waste 6 times a week. We are also one of the only French local authorities to collect end-of-life vehicles, ELVs, free of charge and on request. We have one of the best performing ecosites in the Caribbean and the neighboring islands, including Sint Maarten, envy our treatment system. There is therefore a willingness on the part of the Collective to act concretely on the problem of waste.

But there are also difficulties since we are reviving certain decisive public markets: selective sorting, the purchase of additional containers, the reopening of the Galisbay recycling center. These markets are ready and waiting to be processed by public procurement. They should be operational very soon.

2) What is the position of the Collective and what measures are recommended with the reopening of Juliana airport with regard to the health protocol?

Princess Juliana Airport effectively announced its reopening on Wednesday July 1. Air France announced its first commercial flight on July 4. The activity will therefore resume gradually and under certain health constraints. For the moment, Juliana requests a compulsory test 72 hours before departure, but not for passengers departing from Sint Maarten. The wearing of masks is imposed on board aircraft by the vast majority of airlines. The Collectivity perfectly understands that the Dutch and international authorities can take all their precautions to avoid a return of the covid pandemic19. This is our common goal.

Our common desire with Sint Maarten is that the activity resume so that we can receive regional tourists in July and August but without lifting the guard of health restrictions.

There is a balance to be found so that the activity starts again while protecting the populations. The signing of the health memorandum of understanding between the two territories should resolve this issue.

3) Why is it difficult to ask the companies that intervene on the roads to properly plug the trenches, why do they not respect your orders? Does the technical service carry out an inventory of the roads every day, why are the holes not filled in within 24 hours of the finding? 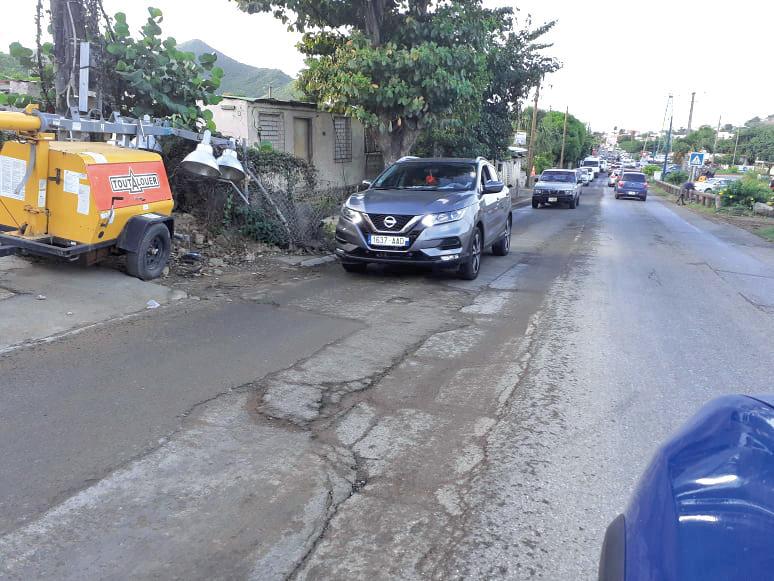 You know, things are always simple with words, but much more complex when it comes to realizing them. The portion of Cripple Gate has been redone in recent hours.

We systematically put pressure on companies, but they also have their intangibles. They are responsible for concreting the work areas once the site is completed.

Our roads have not been in good condition since IRMA, it is a fact. But how could it be otherwise when we have embarked on one of the most important projects of our mandate: 20 million euros devoted to the burial of all electrical and fiber networks. A first in the West Indies which will directly benefit the inhabitants of Saint-Martin who will be better served in the event of a hurricane and better protected.

I had announced it in November 2017, this site would last at least 24 months, and we would have to take its pain in patience. We are coming to an end because we have achieved 90% of the landfill at the time I am talking to you. In particular, the portion of Low Town Street remains to be completed. This project will be launched in July, we will give you all the information.

It also remains to carry out certain works to rehabilitate the water and sanitation networks, undertaken by the Water Establishments at our request. The village of Grand Case is currently under construction, it involves creating a new sanitation network and revising the drinking water networks.

Again, this is a major project that has never been undertaken by past mandates and it takes time.

Parts of the road network will be redone this year, and we will complete the rehabilitation of post reconstruction roads in 2021.

SAILING: See you at the Wind Adventures club from April 22 to 26!

The Wind Adventures Club offers a sailing course during the Easter holidays, from Monday April 22 to Friday April 26, 2019. On the program, ...