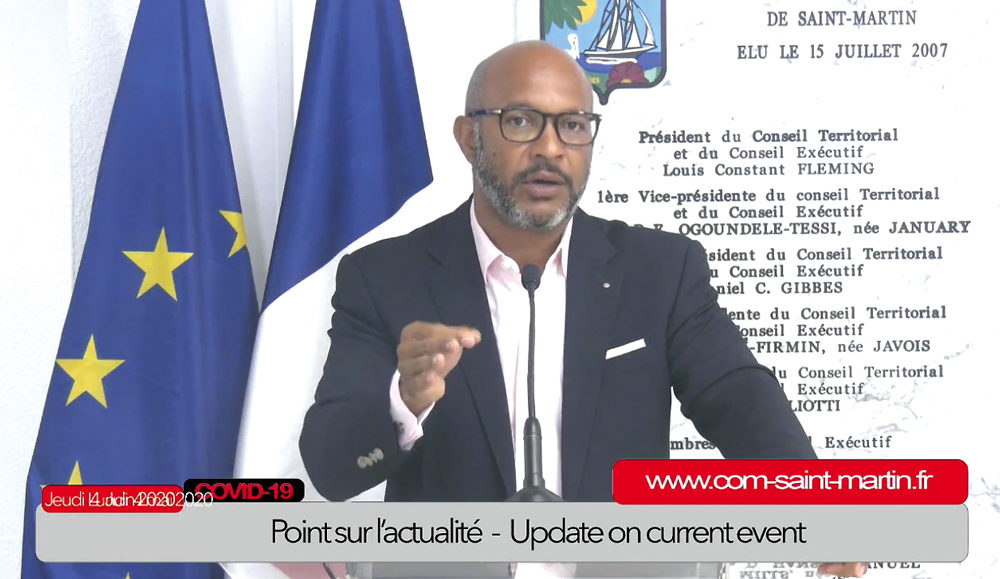 In the presence of the 1st vice-president, Valérie Damaseau, the president of the Community, Daniel Gibbs took part in the question-and-answer game with the journalists, during the weekly news update, produced on Thursday June 4 by Facebook Live.

1) Hurricane Irma, then this health crisis from which we are gradually emerging, were able to reveal our ultra-food dependence. However, the central tool of the “livestock” sector remains in a state close to Post Irma.

What are your intentions with regard to this structuring tool in the agricultural sector and property of the Collectivity both in terms of repair and of extension, however planned?

The first thing to point out is that there was no disruption in the delivery of food during the crisis we have just experienced. This is an important point to emphasize. Obviously, we cannot speak of food autonomy, that would be an abuse of language. Also, to strive for more autonomy, Saint-Martin must work to diversify its economy and develop local industries.

Saint-Martin does not have sufficient land or natural assets as favorable as Guadeloupe or Martinique to develop agriculture. But breeding for example is an ancestral know-how on our island, just as certain cultivators have obtained excellent results in the cultivation of fruits and vegetables despite local constraints, notably the lack of water.

You talk about the agricultural sector, and I directly integrate fishing, which represents a sector with great potential, since much is yet to be developed in this area.

This development, which we very much hope for, must go through the structuring of the sectors. The economic delegation of the community is working there with the actors concerned and actions are programmed to this effect on the 2020 budget. The community has provided € 153 for the creation of a fishing committee and the SW registration of the vessels on its 000 budget.

We have also programmed in our PPI 1.5M € for the creation of a fishing landing dock.

I also wanted agricultural conferences to be organized and actions to promote local agricultural and craft products to be held in Saint-Martin. The first night market was to be held in May and our work has been interrupted and will be readjusted to the context.

As for the slaughterhouse, we are actually considering a ramp-up of this tool with in particular a cutting workshop and a place of marketing. These facilities are essential to further establish the livestock sector and enhance local production on the local market.

2) Much blur reigns around Princess Juliana Airport and the resumption of commercial flights to travel without imperative reasons. Do you have more specific information to communicate on this subject?

We are in permanent contact with our counterparts on the Dutch side, the Tourist Office is working in close partnership with Princess Juliana airport to prepare for this recovery.

According to our information, a reopening in mid-June for regional trips and an international opening in early July remain current at Princess Juliana.

Again, discussions are underway between our respective authorities.

3) Among the aid systems for municipalities and inter-municipal authorities announced by the Prime Minister on May 29, the State has expanded these systems for overseas territories and would guarantee the compensation of tax revenues in 2020 and 2021. Must we consider ourselves as a municipality, since we also assume the competences, and pretend to this device or should we consider that our fiscal autonomy excludes us from the reinforced national device for Overseas? Does the Collectivity already negotiate the fact of existing in the Parisian radars so that our particular statute is not a new complexity to manage in the national devices?

The principle of compensation, a guarantee of tax revenues, in particular linked to the dock dues, the fuel tax for the municipalities and for the overseas regions, has been decided by the Government: this gesture is estimated at around 110 million euros. This is an initiative that goes in the right direction, insofar as the French overseas territories will certainly be more affected than the Metropolis by the economic and social crisis. But, like the President of the Guadeloupe Region, I think that we can - and we must - do more: this sum of 110 M € over two years represents, ultimately, only 19 € per ultra-marine citizen per year…

To return to Saint-Martin: The Overseas Minister announced that a compensation mechanism would also be provided for the Communities governed by the 74. We will of course be attentive to this device.

Saint-Martin, like any community in the Republic, aims to benefit from national solidarity mechanisms, even if we have fiscal autonomy.

This is already the case, with regard to social (exceptional aid from € 100 to € 150 to the most deprived) and economic (partial unemployment, State guaranteed loan, Solidarity Fund) devices: we can only '' congratulate them, even if we must constantly be vigilant about the actual allocation of this aid (I am thinking here of the Solidarity Fund);

In addition, the plan announced by the Government mentions fuel taxes: we are therefore concerned, and in Saint-Martin they represent, depending on the year, between 15 M € and 20 M €.

There is no doubt that these revenues will be impacted, in 2020 and very probably in 2021, by the looming economic crisis.

We will therefore have the vocation to receive from the State, like all the other ultra-marine communities within the framework of this plan, fair compensation ...

Finally, even if we do not have a dock dues, the operation and investment of our Collectivity depend on the level of our tax revenue.

This new crisis will make us go back, and we expect a loss of revenue in 2020: between 12 M € (at best, if air restrictions are finally lifted and if tourism starts again in July…) and 20 M € (if these restrictions continue, leading to a collapse of the tourism sector in Saint-Martin). 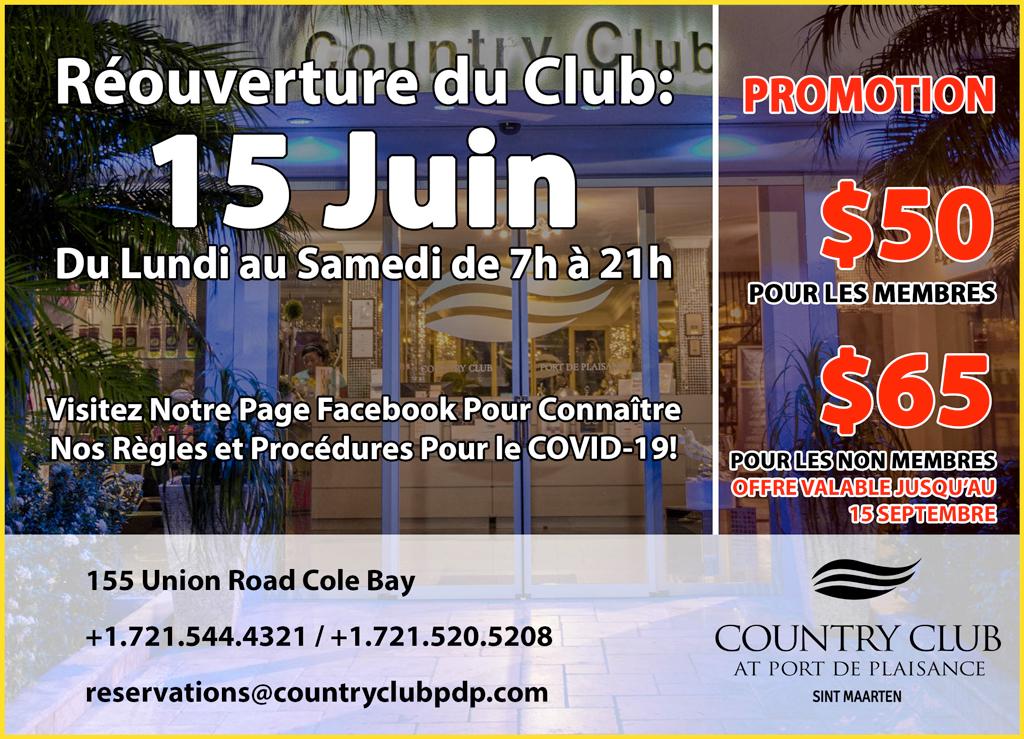 As part of the actions initiated in 2020 in favor of social cohesion, the Collectivity of Saint-Martin is recruiting five young people aged 18 to ...