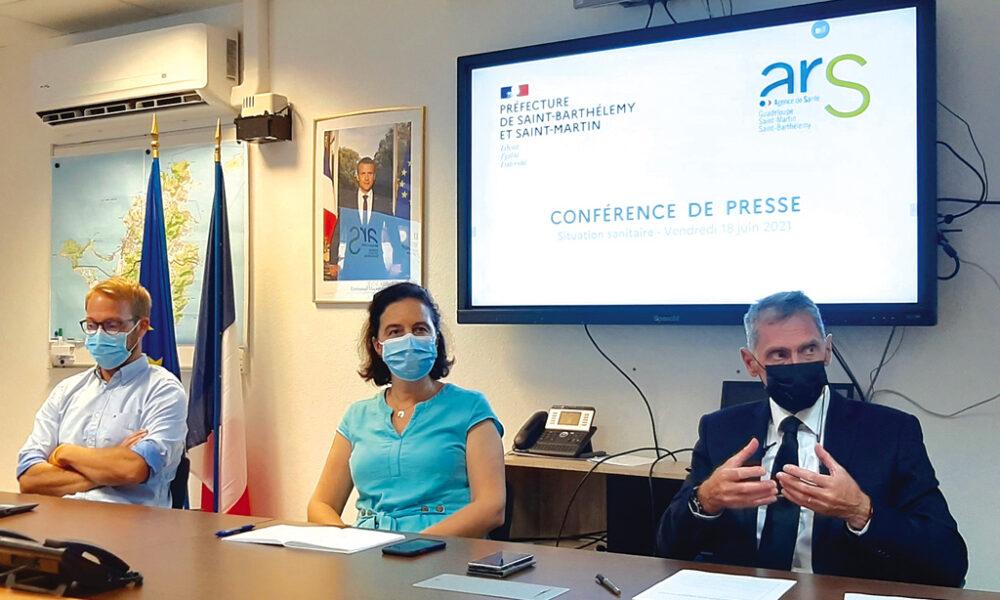 In view of the health situation which is improving in part in France, the prefect, Serge Gouteyron decided last Friday, after discussing it with the Regional Health Agency and the Ministry of Overseas, to maintain the curfew for fight against virus circulation  but to change the schedules.

Since Friday, June 18, all travel has been prohibited from 23 p.m. until 5 a.m., announced the prefect at a press conference.

Restaurants and drinking establishments are allowed to reopen and welcome the public until 23 p.m., including hotel restaurants. Sporting, religious and cultural events require a declaration and authorization from the Prefecture. This decision is valid until June 28. From now on, the curfew hours are identical in both Saint-Martin and Sint Maarten.

“Overall, the population understood the stakes of this measure. I was surprised at the follow-up to the curfew. He was respected, ”said Serge Gouteyron.

To date, five patients are still treated by the Louis-Constant Fleming hospital center. “At the start of the week, we still had 10 hospitalized patients,” observes the prefect.

Since last Monday, 30 new cases have been confirmed out of 1 tests. "The drop in the positivity rate is confirmed this week," notes Valérie Denux, the director general of the ARS, who nevertheless remains cautious.

The last weekend could not be better for the Collectivity of Saint-Martin, present at the 7th summit of the association of Caribbean States (AEC), ...
%d bloggers like this page: