Executive Council: who are the most present elected officials? 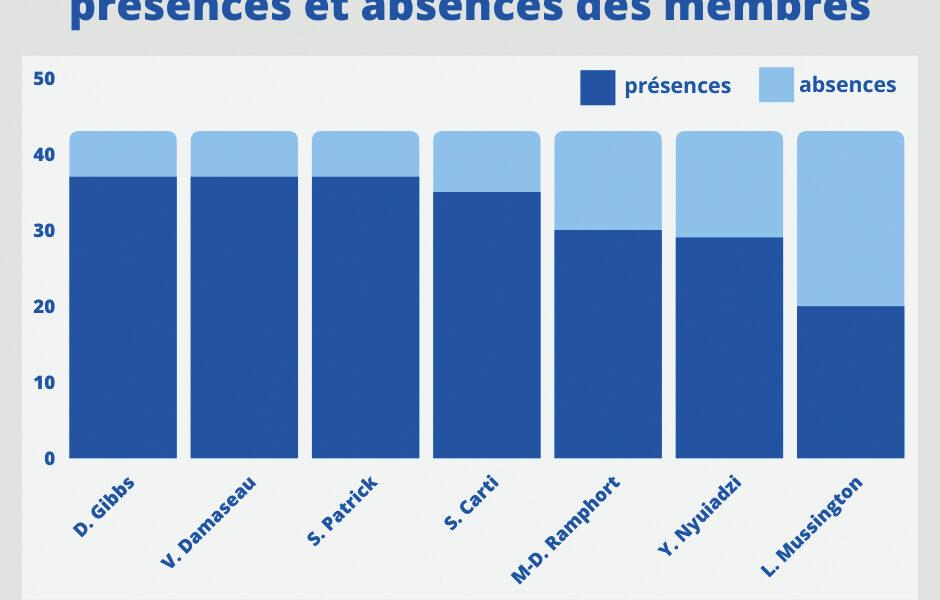 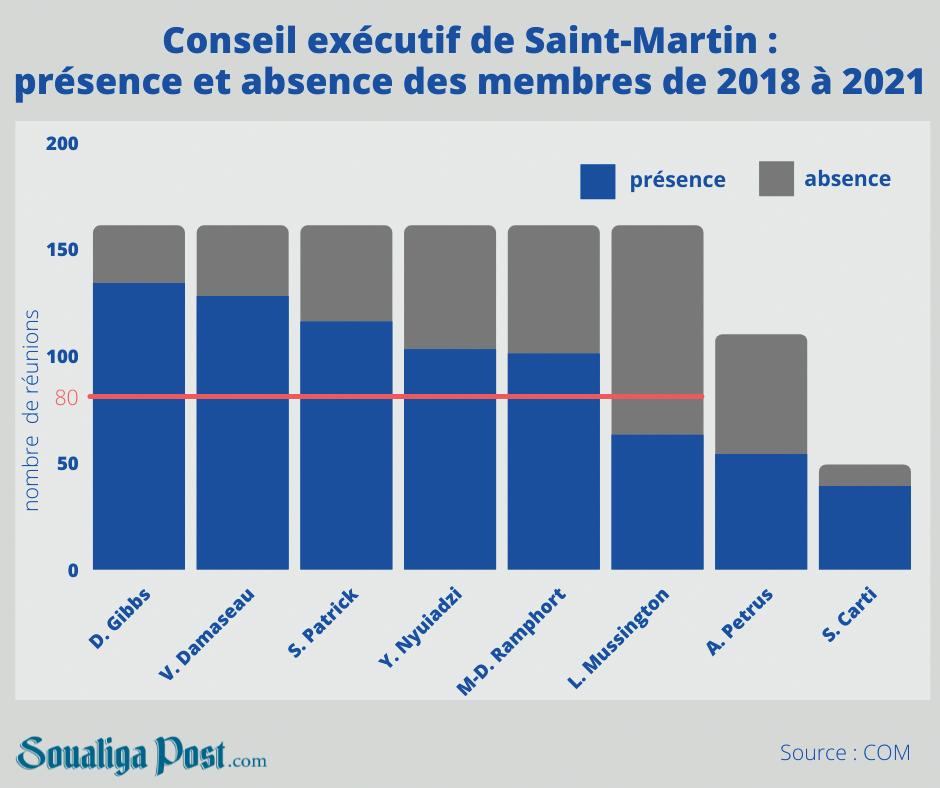 The most absent elected official is Louis Mussington; last year, he took part in 20 sessions out of the 43 that took place, ie an attendance rate of 47%. Every year since 2018, he has missed more than half of the sessions. 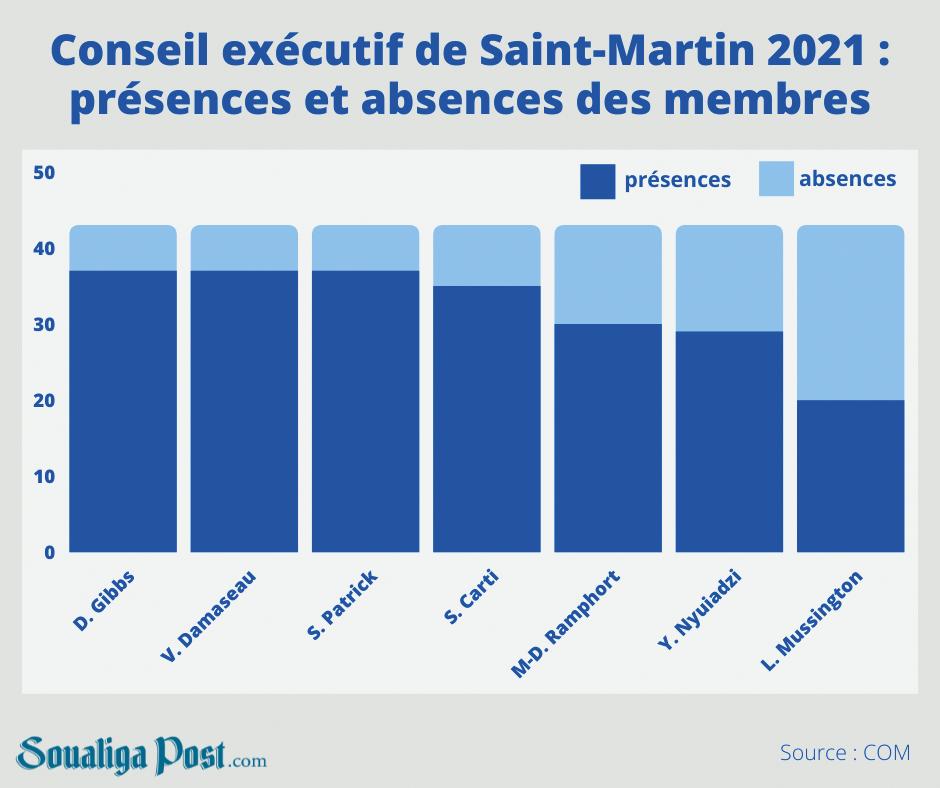 Another member of the executive council regularly absent, Annick Petrus. Between 2018 and the end of 2020 (resignation from office when she was elected senator), she was summoned 110 times and responded 54 times, or almost half.

Yawo Nyuiadzi and Marie-Dominique Ramphort have a respective overall attendance rate of 63 and 61% between 2018 and 2021, they attended 103 and 101 meetings out of the 161 that took place.

Steven Patrick is one of the elected officials who attended Executive Council meetings the most with an overall attendance rate of 72% between 2018 and 2021.

Sofia Carti, who succeeded Annick Petrus, is also a diligent elected official, she has attended 8 out of 10 meetings since her appointment at the end of 2020.

Valérie Damaseau also recorded an attendance rate of nearly 80%. Daniel Gibbs in his capacity as president, is the elected official who has been the most present. He missed 27 of the 161 meetings (17% of them). 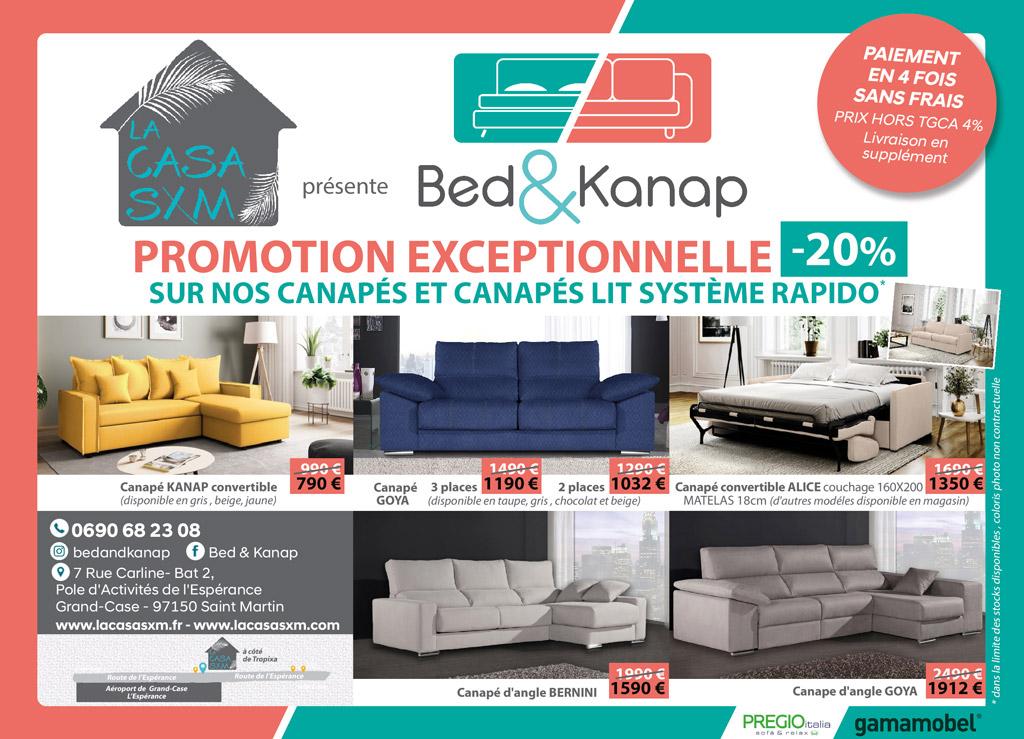 Sargassum: Nicolas Hulot will travel "as soon as possible" to the Antilles

The deputy of Guadeloupe, Justine Benin, called yesterday in the National Assembly the government on the health risk of the massive stranding of sargassum in the Antilles. ...