Sunday December 12 was the last race of the 2021 Caribbean Foiling Championships with the famous race around the island. A previous record was to be broken for the professional kitefoil category, and it was the first time he had been attempted in a wingfoil.

Some riders get up early, participate in a yoga session to stretch after the previous days, or just focus on the day ahead. “I want to mentally prepare for this race, my goal is not to win but to finish the race,” says Manuel “Kiko” Dalmau from Puerto Rico, who races in Puerto Rico and recognizes the good level of the runners. present at these championships, especially the youngest.

Under the strong winds and the possible downpour weather forecast, Sacha Daunar, an experienced racing judge for the French Sailing Federation of Guadeloupe, said the weather conditions were good to compete and the start was set for 10 a.m. . with the kites going first, the leisure kitefoil and windfoil second and the professional kitefoil category last. As you approach Philipsburg, the faster kites are ahead.

The wingfoilers made a U-turn of the island, starting from Orient Bay in a southerly direction to Philipsburg then to Long Bay, end of the race. Theo Demanez was the only one to attempt the wing tour of the island, setting the record at 2 hours and 53 minutes being the first to do so.

Lucas Marot and Bruno Kancel in Windsheet said it was a tough race in strong wind and waves conditions with some tough drops. Sacha Fortuné was ready to face even more intense conditions and said he appreciated them overall. Lucas Marot set the record at 2 hours and 10 minutes and all the wind sheets arrived in 2 hours and 30 minutes.

In the kitefoil leisure category, the riders circled the island in less than two hours, Félix Bellais completing the tour in 1 hour and 28 minutes.

In the professional category, the race was intense and the riders were close to each other, with four riders breaking the previous record of 1 hour and 29 minutes set three years ago. The winner, Julien Quentel, completed the tour of the island in 1 hour and 12 minutes. Tiger Tyson, came second, 1 minute and 30 seconds later.

Maximum safety for racing around the island

Priority has been given to the safety of all runners. Safety boats have been stationed at several locations around the island. All the runners were geolocated in real time with a SIM card provided by Dauphin Telecom. Two riders had to be rescued by the safety boats, due to a problem with equipment and fatigue, but no incidents were reported.

Volunteers waited for the wingfoilers in Long Bay, and a crowd in Orient Bay cheered on each rider arriving on shore. “It was a really nice and warm atmosphere,” said one supporter.

Runners pack up their gear, change, chill a few sore muscles, rest and exchange experiences while waiting for the awards ceremony.

Overall results for the three days of the championships are the following:

(Halfway) Around the island:

First: Théo Demanez (Around the island)

The organizers, Sacha van der Wouden and Maxim van den Pol, are grateful to the sponsors and supporters for organizing this second edition of the Caribbean Foiling Championships. They thank the people who helped with logistics and security, volunteers, competitors from different islands and countries, and finally the race committee. They are convinced that this event is positive for the island of Saint-Martin / Saint-Martin and all the runners are impatiently awaiting the next edition! 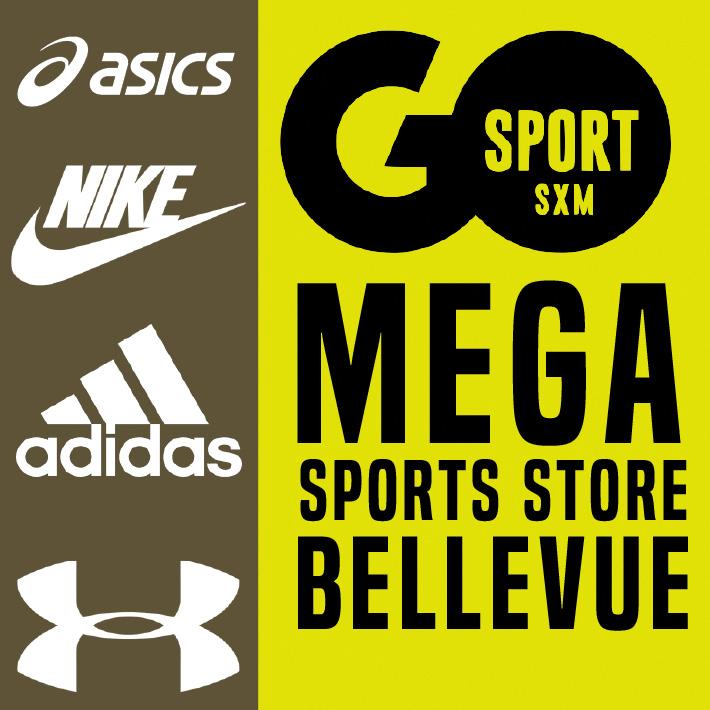 From June 11 to 13, 2018, the gendarmerie of Guadeloupe received the visit of General Philippe Debarge, second in command of the gendarmerie ...
%d bloggers like this page: