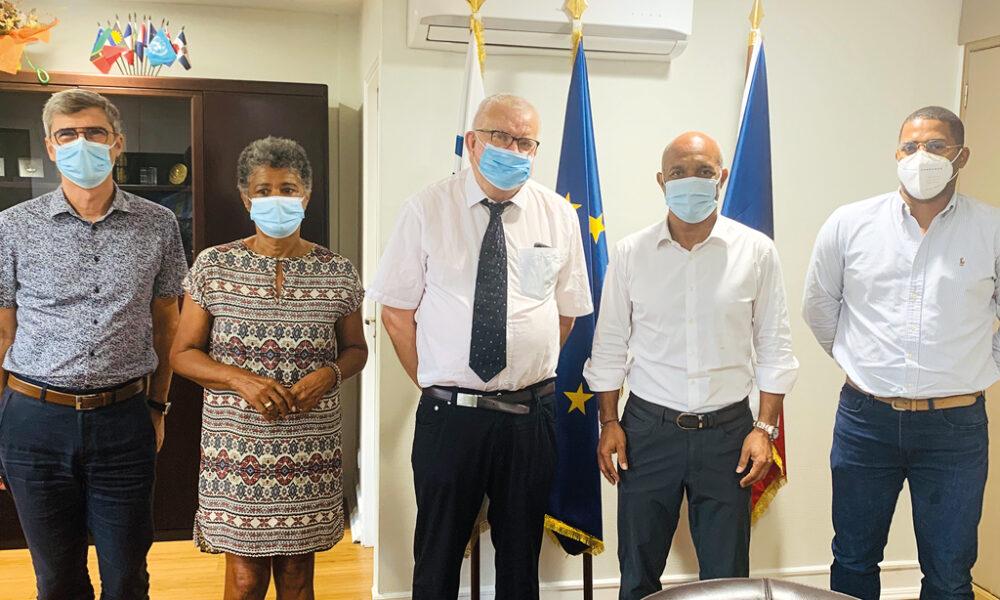 In the presence of Marie-Dominique Ramphort, territorial advisor in charge of public finances, Messrs. Jean-Sébastien Gotin and Xavier Ottavi, respectively Deputy Managing Director for Resources and Director of Taxation within the Collectivity, President Gibbs was able to discuss the urgent matters and the need to continue with Bernard Locufier the transversal work initiated with the Center for Public Finances in recent months. Taxation (reform - base - recovery) and public procurement are the two major axes of this partnership.

Bernard Locufier, who until now held a position in Cayenne, Guyana, as head of personal income taxes, has shown himself to be sensitive to local issues and to listen to the President, particularly with regard to cases requiring special administrative attention. .

The working meetings between the teams of the Collectivity and those of the Public Finance Center will be more frequent, in order to strengthen the exchanges on the follow-up of the files.

A crucial point for President Gibbs, who wishes to move forward with the same impetus to facilitate service to users and settle urgent public procurement issues.

Anguilla: the lowest number of tourists since 1993